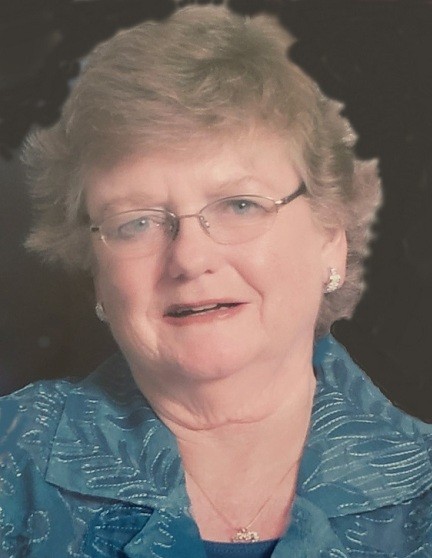 Alicia P. Schonbachler passed away with her family by her side on August 15, 2021.

She was born in Wheeling, West Virginia to Alicia and Benjamin Pettes on August 30, 1937. Alicia married Paul Schonbachler on April 21, 1960, in Pittsburgh, Pennsylvania.

Paul and Alicia made life-long friends everywhere they lived. Their career with Hallmark Cards took them to Pittsburgh, Pennsylvania; Omaha, Nebraska; Naperville, Illinois; Leawood, Kansas and Atlanta, Georgia. They retired in the Kansas City metro area.

Alicia and Paul were dedicated volunteers, serving at St. Joseph Hospital for several years during retirement. Alicia had a passion for animals and volunteered for years at the Atlanta Humane Society. Alicia enjoyed playing cards with her friends, she was an avid bowler and humored Paul by playing golf as well. She had a pet peeve -- she would not entertain calls or visitors if Judge Judy was on.

The family will be visiting with friends on Saturday, August 21 from 1:00 – 2:00 and will have a Service of Remembrance at 2:00 at Silvercrest at Deer Creek, 13060 Metcalf in Overland Park. In lieu of flowers the family asks for donations be made to American Kidney Foundation ( https://www.kidney.org/ ) or Wayside Waifs ( https://waysidewaifs.org ).

To order memorial trees or send flowers to the family in memory of Alicia P. Schonbachler, please visit our flower store.

Gathering of Family of Friends