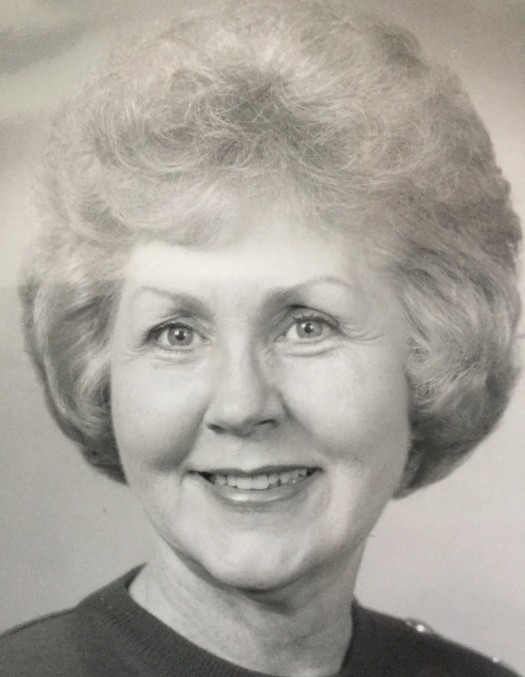 Anna Gay Herndon (Black), 83 years old of Overland Park, Kansas, passed onto her heavenly home on October 12, 2020, from complications of COVID-19.  A private burial service will be held at the Johnson County Memorial Gardens.  Gay was a former member of Emmanuel Baptist Church and Lenexa Baptist Church.

Gay was born June 26, 1937 in Violet Hill, Arkansas, to Thomas O. Black and Elda Black (Hightower).  She graduated from Batesville High School in 1954 and attended Ouachita Baptist University in Arkadelphia, Arkansas.  She met the love of her life, Eugene (Gene) Herndon, at Ouachita Baptist University.  The two married May 4, 1956.  Gene obtained a job in Oregon and Gay completed her college studies at Eastern Oregon University in La Grande, Oregon, with a degree in Elementary Education.  Gay began her teaching career in Oregon and, thereafter, the couple moved to Overland Park, Kansas.  Gay completed her teaching career with the Shawnee Mission School District.  Not one to stay still, Gay started volunteering at Shawnee Mission Hospital.  The volunteering assignment led to a full-time job as a Patient Representative.  She enjoyed working with the patients, doctors, nurses and hospital administrators at Shawnee Mission Hospital.  Many family dinners were eaten together at the SMH cafeteria as Gay worked late.  Gay and Gene retired together in 1998 – the year their son received a transfer back to Overland Park.  Gay and Gene, thereafter, volunteered at St. Joseph Hospital where Gay served several years on auxiliary boards.  The couple both enjoyed playing golf, playing bridge, travelling to different countries, and cheering on their grandchildren at all their activities.

My mom was an awesome person.  She courageously beat cancer with a complete mastectomy and aggressive treatments of radiation and chemotherapy; lost the love of her life suddenly; and battled the ravages of dementia/Alzheimer’s with a quirky sense of humor and southern charm.  She was affectionately known as Mrs. Magoo as she kept on trucking while the rest of us picked up the pieces of destruction in her wake.  Her hearing loss was substantial as were the many hearing aids she lost!  My mom loved going to Freddy’s for a hamburger and chocolate sundae – never any lettuce or ketchup on her burger!  While shopping, we had to stop for every baby we saw so mom could tell the mother how beautiful the child was and so she could dote all over the baby.  Mom was an avid reader who always had books and magazines by her bedside – and always had a few library fines!  My mom had her own style and was not afraid to share an opinion no matter how inappropriate – this is what we will miss!  She loved her family, and we loved her very much.

In lieu of flowers, memorial contributions may be made to the Alzheimer's Association via alz.org.

To order memorial trees or send flowers to the family in memory of Anna Gay (Black) Herndon, please visit our flower store.