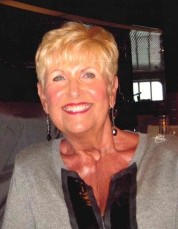 Beverly Ann (Mann) Bilyeu of Leavenworth, Kansas passed away peacefully at Saint Luke’s Hospital with all of her family at her side on May 27th, 2021.  Beverly was born on 27 December 1938 in Independence, Missouri the daughter of Merrill and Bertha Mann.

Beverly was known throughout her life for her beauty and style.  She graduated from Paseo High School in 1956.  She attended Central Missouri State College for two years majoring in Art, where she was a member of Alpha Sigma Alpha Sorority.

Beverly returned to Kansas City Missouri in 1958, where she worked as an artist at Hallmark cards in finished art department. There she drew Hallmark Cards in black and white that were used to make the plates for printing.

Beverly married Ronald Bilyeu on May 21,1960, her childhood sweetheart, who she had known since attending kindergarten at Graceland Elementary School.  When Ronald was commissioned a Second Lieutenant in U.S. Army on May 24, 1960, she moved to Fort Still, Oklahoma and started her new life as army wife and Mother.  During the next 26 years, Beverly lived in six states, in addition to Germany and Italy.  Throughout all of this time she had to plan and oversee 19 resettlements.

Beverly was a great wife, mother, grandmother, aunt, sister in-law and Ambassador for the Army.  She was a volunteer for the Red Cross at U.S. Army Hospitals and pursued many different hobbies.  Beverly painted oil prints for gifts, sewed clothes for herself and daughters, played golf, and liked to travel and be out in the sun.

After moving back to Fort Leavenworth in 1972 Beverly obtained her Real estate license and enjoyed working with several other realtors as she moved from city to city.  She finished as an agent with Reilly and Sons in Leavenworth, KS.  During all of this time, Beverly continued to manage the household and take wonderful care of her family.

One of Beverly’s greatest loves was watching her grandchildren grow up.  She would care for Olivia and Jaison anytime she was needed including the few years while they lived in Wisconsin.  She was further blessed to enjoy watching their activities full-time when they all retuned to Kansas City in 2001.  She had a special place in her heart for her grandchildren and it was just perfect that they were able to be her side as we said our goodbyes.

She was preceded in death by her daughter Michelle Bradley Bilyeu and her parents Merrill and Bertha Mann.

Beverly is survived by her husband, Ronald, Leavenworth; daughter Nicole and her husband PJ; grandson, Jaison and granddaughter, Olivia, all whom reside in Shawnee, Kansas

A Celebration of Life Memorial Service will be held at Westside Family Church,8500 Woodsonia Drive Lenexa, KS on Tuesday, June 15, 2021 from 4-6pm.  There be an open visitation at 4pm followed by the the service at 5pm. The burial ceremony will be held for the family at Johnson County Memorial Gardens, in Overland Park KS on Wednesday, June 16th at 11am. In lieu of flowers, donations may be considered for Breast Cancer or the Alzheimer’s Association, 3846 W 75th St #4126, Prairie Village, KS 66208.

To order memorial trees or send flowers to the family in memory of Beverly Bilyeu, please visit our flower store.