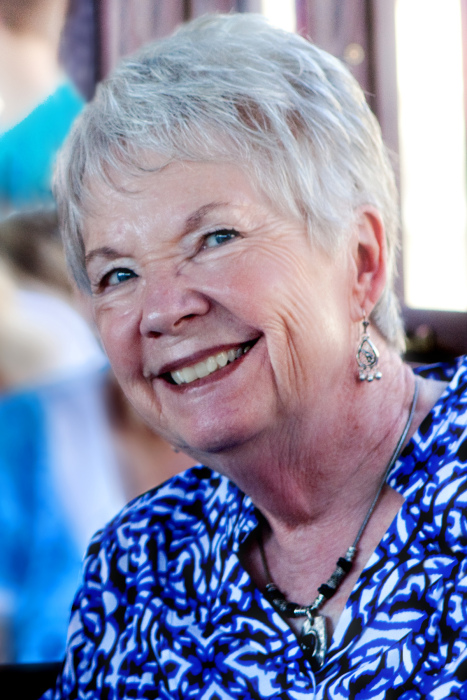 
Bev was born on August 18th, 1945 in Lincoln, Nebraska to George and Tillie Klein. Though eight years younger than her sister Ann Marie, they grew to be life-long best friends. She attended the University of Nebraska where she received her degree in Education and met the love of her life, Rodney Franz. They were married on December 23rd, 1967. She spent several years as an elementary school teacher before becoming a full-time mother of four. In 1984 they moved to the Kansas City area where she spent the majority of her time, when she wasn’t reading or crafting, serving her husband, son and three daughters and grandchildren in every way imaginable — from packing school lunches every day, and creating custom-made dresses, to attending countless sporting, dancing and theatrical events. Like her Messiah Jesus, she lived a life of selflessness and love, sprinkled with a lot of laughter and good food.


She is preceded in death by her parents, her sister Ann and brother-in-law Jack Furrow, son-in- law James Sorell, and grandchildren Wyatt and Ezekiel Blake.


Bev is survived by her devoted husband Rod, and her children, Joseph Franz and his wife, Kristyna; Sarah Sorell; Rachel Escamilla and her husband, EJ; and Leah Blake and her husband, Thomas; as well as by her grandchildren, Abigail, Cassidy, Asher, Emmylou, Tobias, Amelia, NorahJo,  and Nathaniel.


The family requests donations be made to Angel Tree through prisonfellowship.org

To order memorial trees or send flowers to the family in memory of Beverly Franz, please visit our flower store.