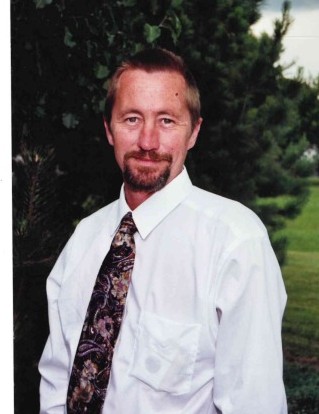 Bryan Keith Clifford, 56, passed away peacefully surrounded by loved ones on

Sunday, September 12, 2021, after a courageous battle with cancer. He stayed

strong until the end and came out a hero.

Bryan was born in Kansas City, MO, and grew up in what was then farm country,

going to school in Stanley, KS, and graduating from Blue Valley High School.

Bryan was involved in various aspects of the sod business throughout his life,

owning Bryan’s Turf Farm for over 30 years, and being most recently associated

with the Briggs Brothers Sod Farm. Knowing that Bryan had a deep attraction to

Native American culture, he was once asked when he started out sodding if he was

The simple pleasures of life brought great joy to Bryan. He was happiest watching

his son, Logan, play a variety of sports, and enjoyed the great outdoors, camping in

Bryan never met a stranger. He was friendly to everyone and random acts of

kindness was his way of life. He made a difference in this world.

Bryan is survived by his wife of 16 years, Anita Clifford; his son, Logan Clifford;

his mother, Colleen Clifford; his sisters: Laurie Clifford and Susan Ross; his step

13 step-grandchildren. He was preceded in death by his father, Alfred Clifford.

To order memorial trees or send flowers to the family in memory of Bryan Clifford, please visit our flower store.

Celebration of the Life Service