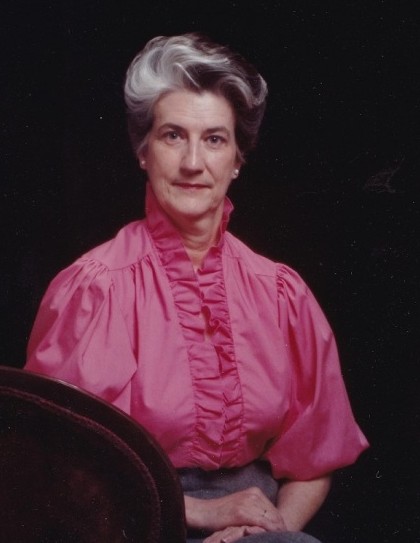 Carolyn Wakefield Simmons, a native and long-time resident of the Kansas City area, passed away last week at Olathe Medical Center Hospice, surrounded by her family.

Carolyn graduated from Southwest HS in 1949, then continued her education at Wellesley College. She completed her undergraduate education at the University of Texas at Austin after her marriage to Second Lt. USAF Galen E. Simmons in 1952.

After moving back to the Kansas City area in 1955, she received an MA in Education from UMKC and began teaching in the Shawnee Mission school district, first as a substitute, then at Hocker Grove Junior High, followed by Shawnee Mission North HS, and finally Shawnee Mission South HS, from which she retired in 1992.

Besides being active in the Wellesley College Alumnae Society and the SMS Investment Club, Carolyn was an enthusiastic volunteer with VolStars at JCCC from 1993 to 2014. Carolyn moved to Aberdeen Village in 2015, where she greatly enjoyed the activities and developed many close friendships.

A private memorial service will be held at the Johnson County Funeral Chapel on Saturday, November 21, beginning at 3:00 PM CST. The service will be live streamed at https://johnsoncountychapel.com/obituary/CarolynW-Simmons then scroll down to “Click here to access the video”.

In lieu of flowers, Carolyn asked that donations be made to the Native American Heritage Association - http://naha-inc.org

To order memorial trees or send flowers to the family in memory of Carolyn W. Simmons, please visit our flower store.