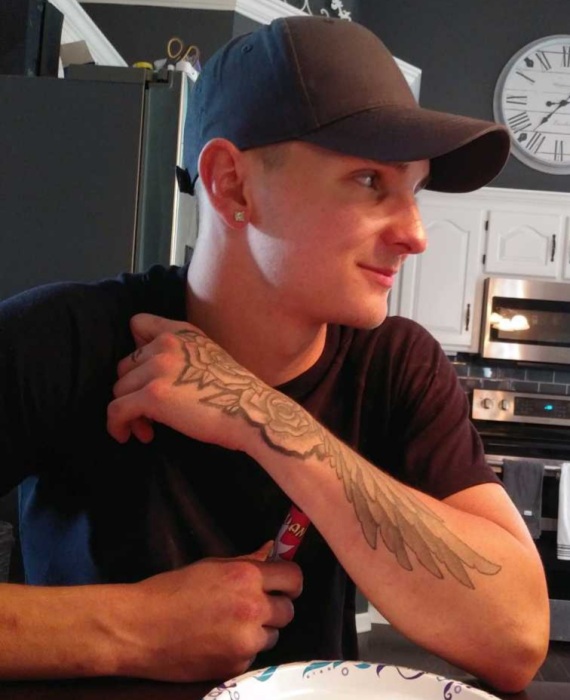 Son to Bently Harper and De Anna Widener.  Cole was raised in Olathe, KS with his two younger brothers Cody and Cory.  They made many beautiful memories as brothers getting muddy, catching turtles, flipping on the trampoline and chasing each other around the house.

Cole graduated from Olathe South High School, class of 2017.  He had a passion for auto mechanics specializing in performance mods. He loved playing video games, fishing, photography and stashing hundreds of fruit snack wrappers under his bed. He had a special talent for drawing tattoo art, proudly worn by friends and himself. This was likely his life calling.

Cole was a handsome young man with a beautiful soul and contagious smile. He will forever be remembered as a loyal friend, brother and grandson.  Cole was the light that brightened any room he entered.  He loved to make people laugh by being goofy but was also caring, compassionate and would drop what he was doing to help or listen to friends in need.

Cole was once asked: If you were stranded on a desert island and could have three things, what would they be?  He replied. 1. Fresh Water. 2. A book on Agriculture. 3. and "All of My Friends".

If you were Cole's friend then you were part of his greatest possession; YOU MATTER.

To order memorial trees or send flowers to the family in memory of Cole Harper, please visit our flower store.