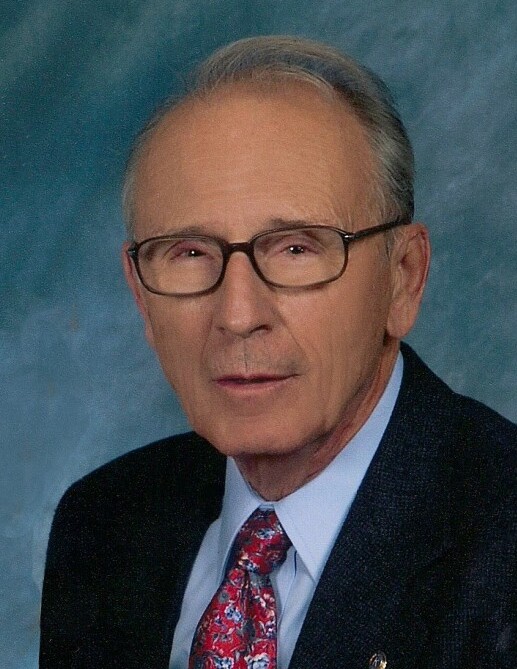 Daryl Eugene Stansbury passed away on March 5, 2022, in Overland Park, Kansas, at age 91. He was born in Waterloo, Iowa, to Vern (Mike) and Ileta Stansbury. He remained close to his younger brother and wife, Robert and Helen, throughout their lives.

Daryl married Roberta Loree Rogers in June 1953 shortly before going into the army. There his musical gifts were recognized; he and his clarinet were assigned to the army band.

He received a Masters of Education from Iowa State Teachers College (now UNI), then taught instrumental music to elementary and middle school students in Denison for 30 years.

Daryl and Roberta had three children: Keith, Sharon and Robert. They lived in Denison, Iowa until divorcing in 1968. Three years later Daryl fell in love with Arlene Ridge. Daryl’s family married Arlene’s family: Vicki, Steve, Deb and Bob, all of whom but Vicki (already married) joined him to live in Denison.

Daryl and Arlene shared a love for faith, family, music and adventures. Their deep love for each other and their children laid the foundation for a long history of adventures. Daryl was always hatching crazy plans, and Arlene was always up for whatever adventure was planned for six kids, a station wagon and a camper.

Daryl was an enthusiastic, passionate man with many interests: music, model railroading, history, road trips, toy collecting, growing flowers, sampling pastries, antiquing, and much more. But mostly he loved his family — all seven children, 18 grandchildren, 15 great-grandchildren (with more on the way) — and many close and loving friends.

He and Arlene spent their later years visiting family and traveling the country and overseas. After Arlene’s death in 2019, Daryl’s health declined and the adventures slowed. Family now came to him. Stories of past adventures were never in short supply. Surrounded by loving family, Daryl died peacefully at home.

To order memorial trees or send flowers to the family in memory of Daryl Eugene Stansbury, please visit our flower store.