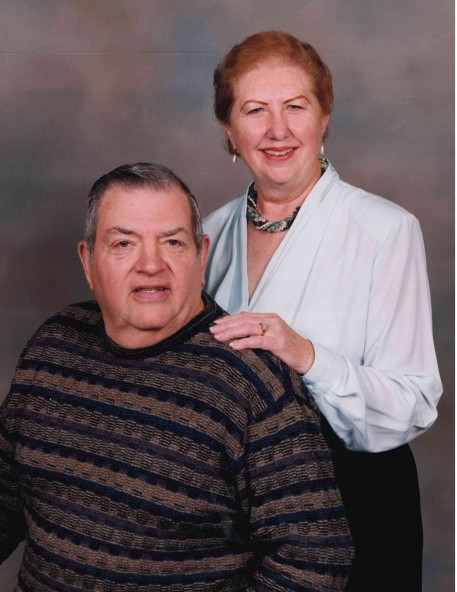 David Peter Rouchka passed away Sunday June 19, 2022 on Father’s day at the University of Kansas Medical Center at approximately 6 PM.  David was a son, husband, father, sibling, grandfather, great grandfather and great great grandfather. He is survived by his brother Danny Rouchka, his sister-in-law Sharyn Tigerstrom, daughter Karla Buckner, son Robert Rouchka as well as each of the many family members. He will be truly missed by all.

Born as the first of two sons, David was born on a cold winter day in Kansas City, Missouri in a home instead of hospital and in a room that had frozen walls. His father Peter Joseph Rouchka and Peter’s wife Aretta raised both boys with a warm heart and sometimes a warmer hand as David would put it since he must have been paddled many times. His parents gave both boys a sense of respect for others and an ethic of working hard. Although David worked hard like his father in the railroad industry early in life, his true passion was cars (and women too when he was young).  He told stories of out running cops, avoiding accidents in seeming miraculous ways due to his driving skills, and repairing cars he broke before his father would scold him.  He loved working with cars so much that he made a long career as a mechanic. After his marriage to Carma Aug 9, 1959 he worked as a mechanic up until he retired where he elected to retire to be with her. He stayed with her during their marriage and through her illness and visited her in a nursing home daily when he could no longer care for her himself.  They would sit and watch TV, pet their cats and enjoy music together. David’s center of focus his entire life was his wife and family as well as his friends. He was devastated by the passing of his wife, then his best friends and neighbors Ed and Myrna Bishop in addition to so many other. Even through all the losses, the replacement of two knees, and the broken femur that he obtained in snow storm on a snowy winter night, where he almost died, and as the years came on his failing body, David would always make time in later years for new friends like Jason and Kathi Pullen, Eddie his neighbors’ boy, Sharyn his sister-in-law, Danny his brother and brothers family as well as his children, and the sweetest cleaning lady ever, Lucia.  David realized that family and friends are the true meaning of life and he tried to respect each as if they were his closest family. He hated having to accept help to mow the grass, fix the equipment, clean his home and bring him groceries but was humbled by that help and always tried to be a friend to everyone. Given the choice to live with his son or daughter in out of state warmer locations, David elected to always be independent and stay in the home that he and his loving wife built together. He was determined to not leave that home or the cemetery one mile down the road where his beautiful wife Carma Sue Rouchka was buried until he could be with her. David and Carma had a strong and loving marriage on earth and now with his passing, David is at long last re-united with his wife and pets and can once again hold her close to him and this time it will be forever.

The service for David Peter Rouchka will be held June 29, 2022 at 6 PM at Johnson County Funeral Chapel and Memorial Gardens located at 11200 Metcalf Avenue Overland Park Kansas 66210. Visitation will follow the service.

To order memorial trees or send flowers to the family in memory of David Rouchka, please visit our flower store.