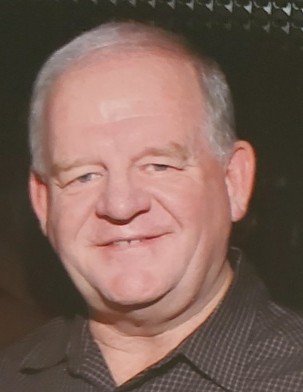 Denis Wayne Plumly, 70, passed away unexpectedly on January 31, 2021.  He was born on February 27, 1950 in Columbus, Ohio.  The oldest son of Walter Dean and Golda Mae Plumly, the family moved to Denver, Colorado followed by Mokena, Illinois, before settling in Kansas City, MO.  Denis attended Center Senior High School, where he excelled as a Defensive End in Football.  In his Senior year in 1968, he met and took to the Senior Prom, his eventual sweetheart and later wife of 51 years Marsha Jo McMillin.

After getting married in 1969, and welcoming their first child, Denis Jr in 1970, Denis joined the Overland Park Police Department in 1972, by being a member of the very first class of the Johnson County Police Academy.  Denis and Marsha welcomed their second child, daughter Michelle Anne in 1974.

While serving the residents of the City of Overland Park, Denis went from his initial assignment as a Patrol officer to that of a Motorcycle officer.  His time as a Motorcycle officer was Denis’ favorite, as he loved the open air and sunshine.  As his career progressed, he trained as an accident investigator, then joined the investigations team.  Before he finished up his nearly 40-year career with the OPPD, he joined the faculty of the Johnson County Police Academy, where he assisted in training many classes of new officers that have gone on to serve the Johnson County communities to this day.

Denis was preceded in death by his parents, and two Granddaughters: Emma and McKenna Zwart.  He is survived by his Wife of 51 years, Marsha Jo Plumly; Son Denis Jr. and wife Christina; Daughter Michelle Zwart and husband Marvin; Brother Michael R. Plumly and wife Marcy of Cary, North Carolina; 7 grandchildren and the most amazing extended family that one can be blessed with.

The family asks that any donations in memory of Denis Plumly be sent either by mail or online to the Overland Park Police Officer’s Foundation, P.O. Box 25811, Overland Park, KS 66225 ( OPPOF.org ); or to the Olathe Public Schools Foundation, 300 E. Loula, Olathe, KS  66061 ( www.olathepublicschoolsfoundation.org ) in support of the Public Safety Academy at Olathe West High School.

To order memorial trees or send flowers to the family in memory of Denis Plumly, please visit our flower store.