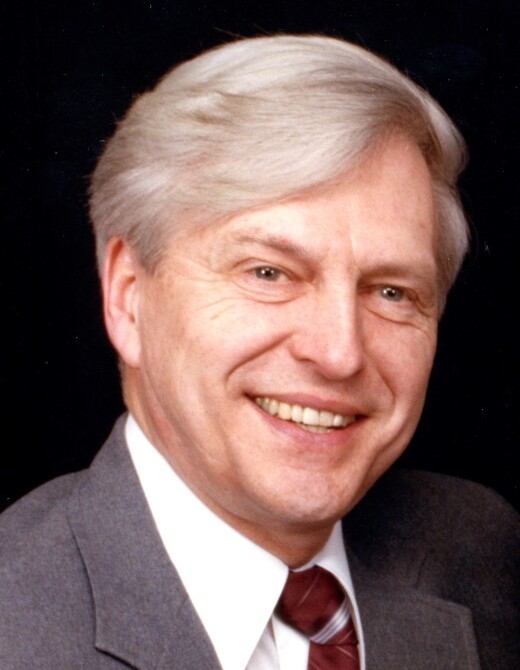 Arleigh Richard “Dick” Imel, 93, devoted husband of Ethel, passed away peacefully in the early hours of November 10, 2020, at Sharon Lane Health and Rehabilitation in Shawnee, KS from complications of advanced age.

Dick was born December 6, 1926 in Muskogee, OK to Arley James and Hazel Mary (Detlor) Imel.   His childhood was spent in Muskogee close to both sets of his grandparents and his Detlor aunts and uncles.  In 1940, he moved with his family to Topeka, KS, when his folks opened a “Bama Pie” pie bakery there near the end of the Depression.  Dick graduated from Topeka High School in December 1944 and was called to service in the U. S. Army shortly after.  He served in the Philippines before returning to Kansas to resume his education at Kansas State University on the GI Bill in 1947.

While completing his degree in business, he met the love of his life, Ethel May Gorgas.   They married on August 5, 1950 at the home of Ethel’s foster parents, Janet and Addison Meschke, in Hutchinson, KS.   Dick worked for 40 years for Universal Underwriters where he started out as a claims adjuster and advanced to assistant VP of worker’s compensation claims at the company’s home office here in Kansas City.

He was an accomplished home winemaker and wildlife lover.   Besides maintaining quite the wild bird haven in their back yard, Dick volunteered with Johnson County Parks and Recreation’s bluebird restoration project where he helped establish and maintain over 100 nesting boxes in Shawnee Mission Park.  This helped Johnson County earn the designation of “Bluebird Capital of Kansas”.

This last August, Dick and Ethel observed their 70th wedding anniversary.  Sadly, however, they were unable to share that auspicious occasion due to being in separate facilities because of the coronavirus pandemic.

Dick was the nicest and most respectful gentleman and friend to all he met and a loving and devoted husband and father to his wife and children.  He will be sorely missed by all who knew and loved him.

A private family service and burial will take place November 14 at Johnson County Funeral Chapel and Memorial Gardens in Overland Park.  In lieu of flowers please send Memorials to your local food bank or wildlife charity.  Dad would be so honored to have those who knew and loved him to support these important causes.

To order memorial trees or send flowers to the family in memory of Dick Imel, please visit our flower store.