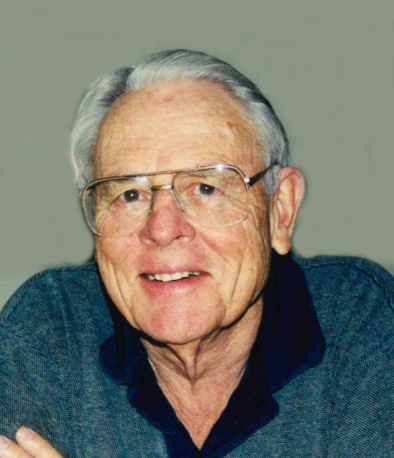 Donald Allen Tyler was born January 12, 1924, in Spring Valley, Illinois to Allen and Dena Tyler. Don earned his BS degree in science and math, and his MA degree in Educational Administration. He served in the US Army during WWII as a surgical technician stationed in England. Upon his return he met and married Dorothy Sovereign in 1948 and they raised fourchildren, David (Janet), Debbie (deceased), Diane (partner Mark), and Dean (Denise). Don has three grandchildren, Erica (Alex), Tyler (Shawna), Austin (fiancé Kiah). Don has three great grandchildren (Killian, Cooper, Cayden). Don enjoyed reading, woodworking, fishing and especially sailing. He taught his children to sail, and once sailed with them around the Caribbean. He was also an avid tennis player and golfer.

Don was a member of Masonic Lodge, Rolling Hills Presbyterian Church, Brookridge Tennis Club, the Perry Yacht Club and Rotary. Don began his career as a high school math and science teacher in Varna, Illinois then became a High School Principal in Stafford, Illinois.  After his time in education, Don began a career in sales, and first worked as a pharmaceutical representative for E.R Squibb and Sons. In 1960, Don began to work for Inter-Collegiate Press (ICP) in Kansas as assistant sales manager. He was later promoted to sales manager for the US and Canada and eventually moved up to become CEO of the company. Don retired after 28 years of dedication to ICP.

Don is also survived by a sister (Nancy Tyler) and a brother (John Tyler), both living in Houston.

In lieu of flowers please send donations to Rotary International or the charity of your choice.

To order memorial trees or send flowers to the family in memory of Donald Tyler, please visit our flower store.