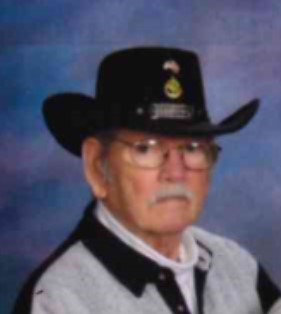 Donald F. Wernes, 91, was at home when he joined the love of his life, Donita, on December 18, 2020 surrounded by family and friends.  Born in Kansas City, MO to Odd & Clara Wernes, Don grew up on a farm in Piper, KS.  His family moved to Kansas City, KS when he was in high school.  He graduated from Wyandotte High School in 1947.  After high school, Don joined the United States Army, stationed in Hawaii and served as Military Police.  After his service, he returned home in 1949 and met the love of his life, Donita.  They were married in June of 1950 two days after Donita turned 18.  During their marriage, their family grew with two children, two grandchildren, two great-grandchildren and many nieces and nephews.  He was known as “Dad”, “Grandpa”, “Hat” and “Uncle Don”.  Don enjoyed all kinds of sports, watching and participating.  Among the sports he participated in were bowling, softball, hunting and fishing.  He enjoyed watching the KU Basketball team, Kansas City Royals and Kansas City Chiefs.  He REALLY enjoyed watching the Chiefs win their second Super Bowl the day before his 91st birthday.  He also enjoyed watching his children in the sports they participated in such as football, baseball, softball and bowling.  Don was a friendly, funny and fun loving man.  He loved to laugh and to make people laugh with the unexpected comment or action.  Don retired from the Bendix Corporation (now Honeywell) and spent many years enjoying time with his wife, children and extended family.  Don was proceeded in death by his bride of over 68 years, Donita; his parents – Odd & Clara; brother – Roscoe; sister – Mary and niece Karrin.  Don is survived by his daughter – Donna; son – Donald, Jr; grandson – Travis; granddaughter – Megan (Robert); great-granddaughters – Kaelea and Madylen; brother – Robert; many nieces, nephews and friends.  In lieu of flowers, the family requests donations to either:  Shawnee Presbyterian Church, 6837 Nieman Rd, Shawnee, KS 66203 or Crossroads Hospice & Palliative Care, 11150 Thompson Ave, Lenexa, KS 66219

Directions for Live Streaming Service: Select the link at the bottom of the page.  This will take you to a page where you will need to give your email address.  Once you've done this an email confirmation will be sent to that email address with additional instructions for viewing the live stream.

To order memorial trees or send flowers to the family in memory of Donald Wernes, please visit our flower store.