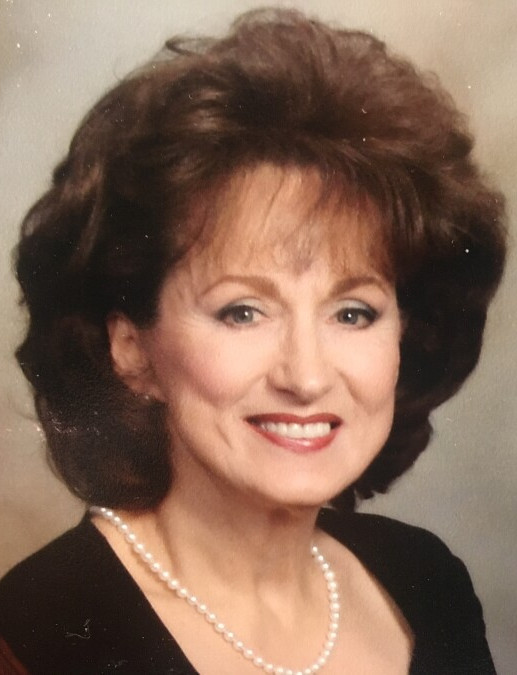 Donna Jean Colvin Carrington, well-known Kansas-city area artist, devoted wife, mother, grandmother and great-grandmother, passed away Wednesday November 16 at the age of 87.  She is survived by her children and their spouses, Steve and Laura Carrington, Cindy and Jorge Basaure, Stan and Stacy Carrington; her grandchildren Steven (Kaitlyn), Jorge Andres, Steele, Rebecca and Perry; and her great-grandchildren Georgia and Casper.  She also leaves behind her sister, Sharon Ashcraft and many nieces, nephews and extended family who will miss her very much.  She will be laid to rest with her beloved husband Donald Carrington in Fort Scott, Kansas.

Donna grew up on a farm in Bourbon County, Kansas and graduated from Uniontown High School.  She met Don, a returning Korean War vet, in Fort Scott after he spotted her winning a local beauty pageant.  He beat out all her many suitors to win her heart and hand.  Early in their married life they moved to Overland Park to raise their family.

Donna always had an interest in art and began pursuing it seriously by taking classes at the Kansas City Art Institute, and with well-known teachers like Frank Szasz, Donna Aldridge and Robert Sudlow.  She got her start as a professional painter by selling her work at local art fairs and was an early member of the Kansas City Artists Coalition.  Art inspired everything she did, from her impeccable beauty and presence to her beautifully decorated home.  Her greatest passion was plein air painting and she gained a name for herself as one of the foremost interpreters of the Kansas landscape.  She was able to find and highlight the subtle beauty of its rolling hills, colorful trees and drifting clouds, painting locally and around Lawrence, Leavenworth and the Flint Hills.

She always found the best in everyone, and was a kind and thoughtful mother, wife and friend to all who knew her, and will be greatly missed.  Despite many illnesses she remained an optimist to the end, and sleeps in the arms of the Lord.  A memorial service will be held at 4:00 p.m. on Saturday, November 19, preceded by a visitation at 3:00 p.m.

To order memorial trees or send flowers to the family in memory of Donna Carrington, please visit our flower store.