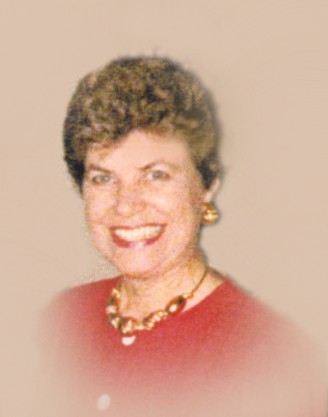 A beloved member of our family passed away on October 28, 2021, at the age of 92.  She was a 62 year resident of Prairie Village, KS.  She was born to Lowell and Barbara Johnson on March 18, 1929 in Kansas City, Mo.  Dot attended Southwest High School.  She then went on to Monticello College and graduated from Kansas University in 1951.  She was a member of Delta Gamma, serving as Chapter President.  Later, she would serve DG as Chapter Advisor, President – Kansas City Alumnae Chapter, and as a Province Collegiate Chairman.  She received the Cable and Stellar Awards from Delta Gamma.

Dot began her career at Hallmark Cards in Kansas City, MO as a greeting card design artist in the Design Department.  She became Assistant Art Director to Fran Gray and was a member of the OK Committee.  In her second return to Hallmark, she rose to Corporate Card Design.  It is at Hallmark that she would meet Bill Copher and they were married in 1955.  Mom would like to thank the Hall family for their long-time friendship and all their positive influences in the community.

As a mother, Dot served as PTA President and as a Girl Scout Leader and was always there to support our involvements along the way.  Mom and dad were able to take many interesting trips, to see some of the wonders of the world.  She served on the Board of the George H. Nettleton Home.

Memorial donations may be made to the Children’s Center for the Visually Impaired or to Children’s Mercy Hospital in lieu of flowers.

To order memorial trees or send flowers to the family in memory of Dorothy Copher, please visit our flower store.