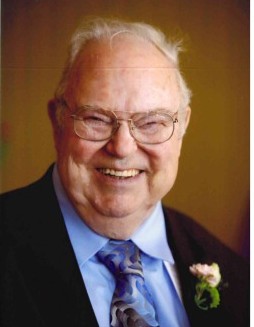 Eldon D. Glenn, 83, entered the presence of his Lord and Savior, Jesus Christ on Friday, June 12, 2020.  He was the son of Donald Howard and Anna Florence Glenn of Norwood, Missouri.  His son, Dale E. Glenn, preceded him to heaven August 1, 1998.

Eldon served active duty in the U.S. Navy, followed by years of service in the Air Force National Guard and the Army National Guard while delivering the U.S. Mail for over 30 years!

His volunteer service included serving at First Baptist Church of Shawnee as a deacon and cook, Children's Service League, and City Union Mission.

Eldon enjoyed woodworking, camping, boating, water skiing (as long as his nose didn't get wet!), and collecting antiques when he was able, but his priority was being a wonderful husband and an amazing dad!  We will miss him!

The family suggests contributions to

To order memorial trees or send flowers to the family in memory of Eldon Glenn, please visit our flower store.