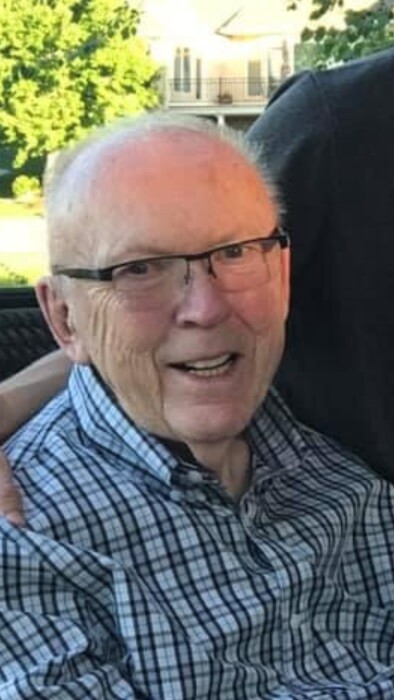 Will Vatnsdal was born in Langdon, North Dakota to Theodore and Josephine Vatnsdal.  He grew up on a farm and attended a one-room schoolhouse.  He was always so proud of his Spelling Bee accomplishments- the best in his school.  His mother taught him to write, left-handed as he was, he had perfect Palmer handwriting skills.  He was successful in business, investing and real estate, however he enjoyed most his family and friends.

He was preceded in death by his parents and brothers Theodore (Theo) and Eugene (Gene).  He is survived by his wife of 54 years, Myrna (Coffin) Vatnsdal.  He is also survived by his daughter Stephanie and her husband David Faoro, and their children Josephine, Max, and Charlotte.  Also his son Ted and wife Tracy (Benner) Vatnsdal, and their children Alex and Emma.  He is also survived by a sister-in-law Judy Vatnsdal of Grand Forks, North Dakota.

So many have related his kindness and he would be thrilled to have that legacy.

Will was always attentive to detail.  He had his shoes shined at Nordstrom until they closed the site in Kansas City, and then he toted them to Indianapolis to be polished.  He loved a good joke and relished retelling it to everyone with embellishment.  He loved a good meal and always had a “thank you” for every meal his wife prepared for him.  He discovered Rummikub late in life but loved the game.  He won three games the last time he played.

He loved his home in Tucson and the warmth.  Growing up on a farm in North Dakota was really cold and he suffered frostbite as a child.  He loved the community of churches he belonged to in Omaha, Tucson, and Overland Park.  He enjoyed the culture of museums, theater and the symphony and was the President of the Men’s Guild for the Omaha Symphony.  He will be missed by many.

In lieu of flowers, memorials to the Kansas City Symphony , Miracle of Innocence , or a memorial of your choice are appreciated. A Memorial Service will be held Saturday May 29,2021 at 2:00 pm at the Johnson County Chapel on Metcalf.  Immediately following the service a Reception will be held at Pinstripes, 13500 Nall, Overland Park, KS .

To order memorial trees or send flowers to the family in memory of Elias Vatnsdal, please visit our flower store.