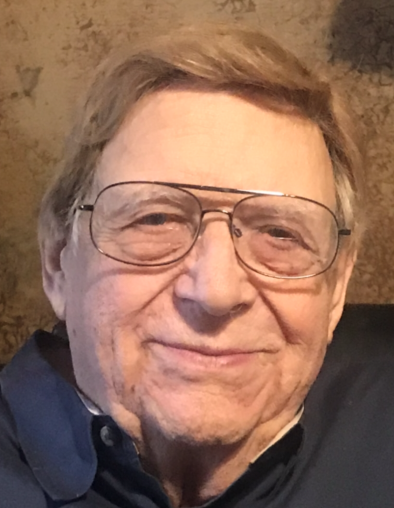 Frederick “Bill” William Stutz Jr. of Overland Park, Kansas, passed away peacefully on February 7th, 2022, at the age of 89, holding the hand of his beloved wife Marie of 63 years.

Bill was born on May 27, 1932 in Kansas City, Missouri to the parents of Fred and Sadie Stutz Sr. He also had an older sister named Evelyn Paul that he loved and adored.

After high school Bill enlisted in the U.S. Air Force and served from 1951 to 1955. He proudly served his country during the Korean conflict as a radar operator and teacher.

Bill graduated from the Kansas University School of Business in 1959. While attending KU he met the love of his life, Marie, whom he married in July of 1958. They went on to raise three children: Bryan, Karen and Matt.

He was a hard worker with a seriously strong work ethic. Never missing a day of work was emphasized. His employment history included Citgo, Gulf Oil and United Missouri Bank as Vice President and Corporate Trust Officer for 17 years. Desiring to have a company of his own he left banking and started Four Star Vending which he lovingly ran for 10 years before retiring.

Love of the Lord and his family was always priority in his life. Bill was a long time member of Bethany Lutheran Church. A deeply religious man who attended church regularly and prayed for all family and friends. He encouraged and helped his wife and family to serve the Lord gladly in all their walks of life.

Bill had a great sense of humor, would always find opportunity to tell a joke and make people laugh. A big kid at heart. He was a proud owner of 7 grills and smokers, a BBQ enthusiast who took great joy in sharing the meals he cooked. Another love was the air shows that would come to town. A favorite pastime of his was bargain and salvage store shopping, always bringing home a trunk load of great deals. He would say you never know when you might need that one special thing. Bill was always so happy to fix things that broke, especially hearts.

You will be greatly missed, but always loved, and in our hearts.  We will deeply miss all of your non-stop humor and filling us full of laughter. Until we meet again, we will keep your memories alive.

In lieu of flowers, Bill and family ask that donations be made to WoundedWarriorProject.org or TheBattleWithin.org.

To order memorial trees or send flowers to the family in memory of Frederick Stutz, please visit our flower store.