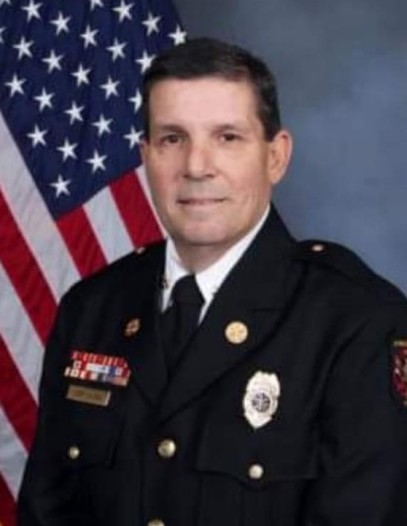 He was born the son of Howard and Ruth (Breithaupt) Wilson on October 16, 1956 in Eudora, KS. He was raised in Eudora, KS and graduated from Eudora High School in 1974. He married Stephanie Alberg on July 14, 1979 in Eudora.

Mr. Wilson joined the fire service in 1977 with the Sunflower Army Ammunition Plant. He was also a volunteer firefighter for the Eudora Fire Department. He joined Fire Service Training at the University of Kansas in 1988 and later became director of the program. In 1996 he joined the University of Missouri Fire and Rescue Training Institute as associate director and later the director of the program in 2002. He left the MU program in 2006 to become the training chief for the Overland Park Fire Department where he retired in 2021. He was awarded the Distinguished Service Award from the department in 2021.

He was a graduate of Johnson County Community College and Mid America Nazarene University. He served on many regional and national committees in the fire service. He was the State Co Chair for the Training Resource and Data Exchange (TRADE) through the

Instructor texts from the International Fire Service Training Association through Oklahoma State University. He was Chiefs Training Officer designee through the Center for Public Safety Excellence (CPSE), served as a peer assessor for CPSE on accrediting fire departments. He was a member of the International Fire Chiefs Association and the Church of the Resurrection. He enjoyed working in the yard, playing golf, attending his granddaughters’ sporting events and listening to classic rock.

In lieu of flowers, the family suggests memorials to Michael's or Matthew's Ministry at the Church of the Resurrection, the Overland Park Fire Department Benevolent Association or The University of Kansas Cancer Center.

To order memorial trees or send flowers to the family in memory of Gary Lee Wilson, please visit our flower store.

The United Methodist Church of the Resurrection Main Sanctuary Building A