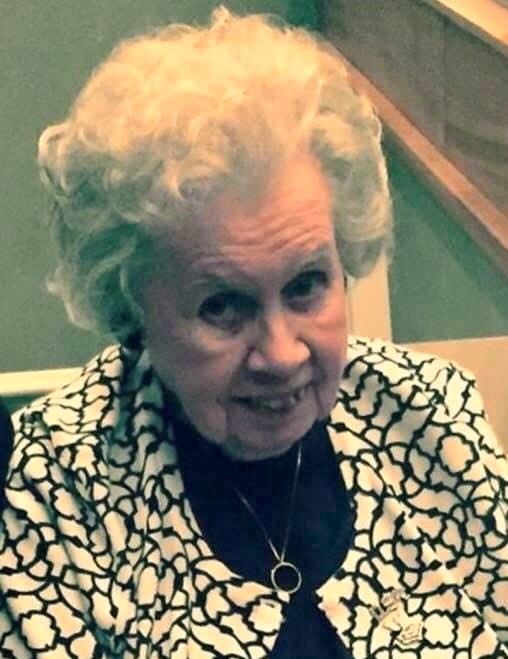 Gay was born on May 22, 1933 to John and Gaynell Foster in Danville, Virginia.

She would grow up to join the United States Navy and served on Capitol Hill.  She was awarded a National Defense Service Medal and a Good Conduct Medal. She met Ira Myers (United States Navy) and they married on February 19, 1960 and had two children.  Their first born, Mark Damon, tragically only lived a few days. They were then blessed with a daughter, Johnna Lee.

Gay and Ira settled in Norfolk, Virginia. Gay was active in her community and church. She was an active member in the Saratoga Garden Club and helped establish the Saratoga/East Lynn Civic League for her neighborhood. Gay loved going to and having garage sales. She was a good friend and neighbor to many.

Gay and Ira moved to Kansas City in 2002 to be with their two grandchildren, Michael Redden and Amanda Lee Shoemaker.  In 2003, Gay suffered a massive stroke and was not expected to survive.  Gay had a fighting spirit and beating all the odds, was rehabilitated to spend many more years with her family. Gay was a devoted grandmother, mother and wife. She always put her family first.

She was preceded in death by her parents, John and Gaynell Foster, husband, Ira, son, Mark Damon, and brother Robert Foster. She is survived by her daughter, Johnna and husband Tim Shoemaker, her grandchildren, Michael and Amanda Shoemaker.

This world was a better place because Gay was in it. Heaven has gained an angel and Gay will reunite with her loved ones that have gone before her. Gay will rejoice in being with our Heavenly Father. We celebrate her life and feel blessed to have had her and will be together again.

To order memorial trees or send flowers to the family in memory of Gay F. Myers, please visit our flower store.