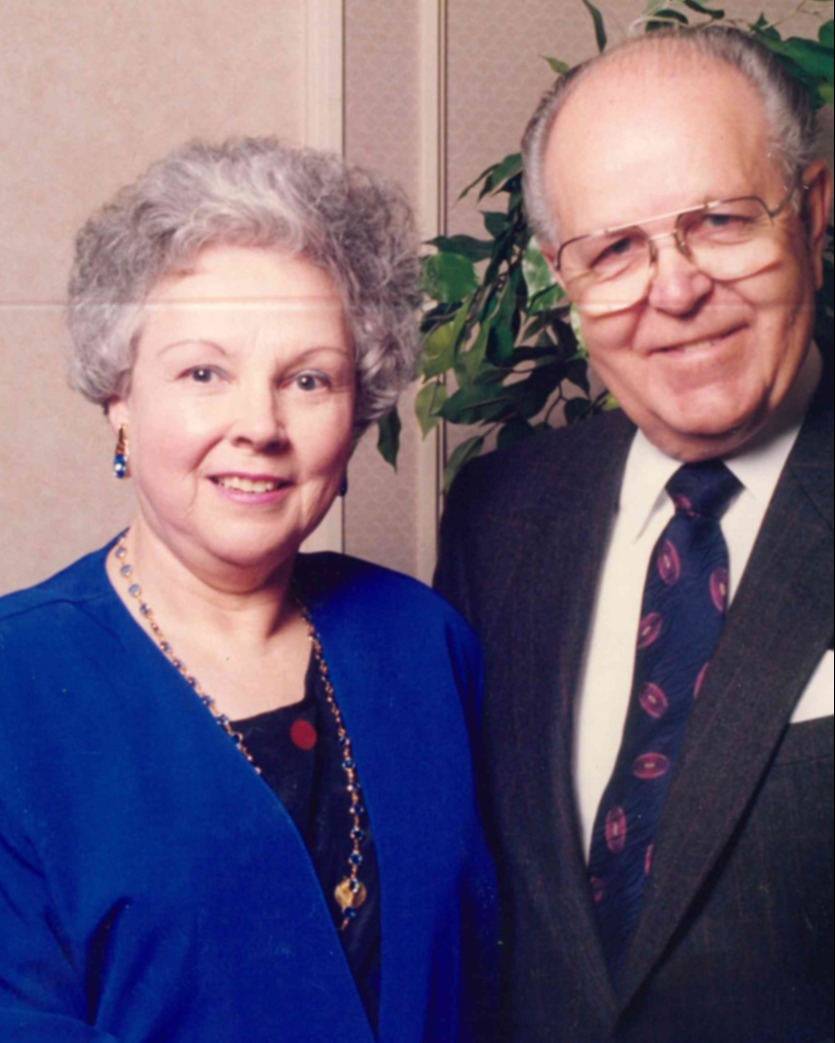 Hand delivered by a local florist

He died peacefully at Town Village of Leawood. Burial will be at Johnson County Memorial Gardens where he will finally join the love of his life, Marie once again being side by side.

He was born to Ollie Brown in Friend, Nebraska as an only child on 2/25/1927. At the age of 17 he enlisted in the Marines and attained the rank of Corporal having served in WW II and Korea. He graduated from UMKC majoring in Political Science.

Once he returned to civilian life he reunited with his beloved wife, Marie, and his three daughters, Glenna Weis, Karen Peterson (who predeceased him) and Diana McPherson. Through his life he was blessed with 5 grandchildren and 10 great grandchildren. He and his wife loved to square dance and to dance to “In The Mood”.

He started his professional career after his service to his country at the Union Pacific Railroad where he worked for 14 ½ years. His second job was with Remington Rand and finally finding his way to his life’s success as a salesman with Northwestern Mutual Life Insurance where he retired 2010. During his career in insurance, he was Man of Year for his agency three times, President of the CID Optimist Club and President of the CLU local group. He liked the mantra “no one has endurance like the man who sells insurance”. Many of his clients became lifelong friends.

In his later life he experienced traveling to such places as Ireland, England, and Kenya. If ever anyone wanted to chat he was always happy to talk about his time in Africa.

He will be missed by all that love him. The family will hold visitation at 1:00 p.m. Thursday, January 5th at Johnson County Funeral Chapel, 11200 Metcalf Ave., Overland Park, KS 66210 followed by a service at 2:00 p.m.  Burial in Johnson County Memorial Gardens.  In lieu of flowers the family requests donations to your favorite charities.

To order memorial trees or send flowers to the family in memory of Glenn H. Brown, please visit our flower store.