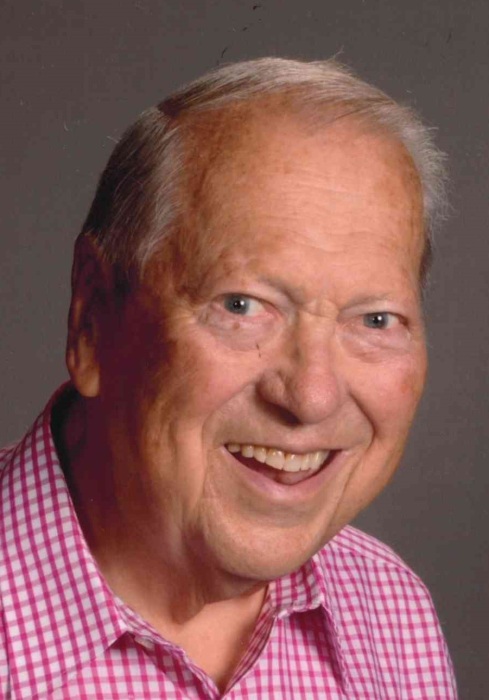 Gordon K. Finch passed away on May 3, 2021 at the age of 94.  Gordon was born in 1927 in Kansas City, Kansas to Katherine and Milford Finch.  Gordon grew up in Kansas City, Kansas and attended Wyandotte High School where he played basketball.  Gordon was drafted after his graduation in 1945 completing his basic training at Camp Lee in Virginia.  He was trained at Fort Harrison before being sent to Camp Beale in California where he worked in the finance department.  Early on, he showed promise at engineering and design, requesting that training while in the service.  He became an architectural engineer working for Builder’s Steel where he became president.  After his retirement in 1991, he was in high demand doing consulting work for several other companies.  He has received numerous awards and accolades over the years leading up to his Lifetime Achievement Award presented by the American Institute of Steel Construction.  Gordon’s work is both international and local, although his most notable project is the Bartle Hall pylon design in downtown Kansas City, Missouri.  Gordon loved to bowl, play tennis, water ski, work in the garden and was deeply passionate about his KU Jayhawks!

Gordon was a devoted husband, father, grandfather, and great grandfather who loved his family.  He was a man of great faith and belonged to the Oakwood Baptist Church with his wife, Diane.  He was preceded in death by his sister, Barbara Finch.  Gordon is survived by his wife of 16 years, Diane Finch and his 3 children; Ron Finch (his wife, Molly and stepsons, Jay, Jeff and Jon), Kim Sego (her daughter, Jennifer and husband Travis), and Kevin Finch (his children, Dustin and wife, Cristina and David Finch and his wife, Ashley.  He also leaves five great grandchildren, Jordan Finch, Jaylynn Finch, Brayden Finch, Bronx Finch and David Atticus Finch.  Gordon also leaves his younger brother Dr. Harold Finch (Peggy) and nephew and nieces Mark Finch (Annalie), Susan Ruiz (Jose) and Greg Finch (Pam) and their children.

To order memorial trees or send flowers to the family in memory of Gordon Finch, please visit our flower store.