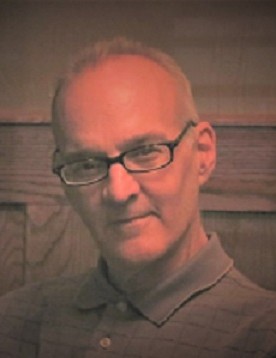 The youngest of three and survived by his brothers Gayle and Mark, Gregory Paul Sanders was known as the “funny one” in the family. He will forever be remembered in his younger days as the tow-headed jokester creating so much fun for everyone in the Sanders' household along with more than a bit of rambunctious chaos…

Greg was also a good athlete. In his teenage years one would find his bedroom walls festooned with a few blue ribbons and trophies on the bookshelf

As he grew, Greg attended Shawnee Mission East high school and later enjoyed working on the railroad with the Rock Island line which he fondly called “The Rock”. Greg loved his music - as a matter fact, he was the discoverer of the family, finding that new album or new group before any of his brothers

As he grew older, time dealt Greg a number of difficult blows but through all of it, his kindness and gentleness shown through. Everyone that knew him remembers him as a wonderful, gentle, loving human being.

He is dearly loved and missed by his friends and family. God be with you dear brother.

To order memorial trees or send flowers to the family in memory of Gregory Paul Sanders, please visit our flower store.