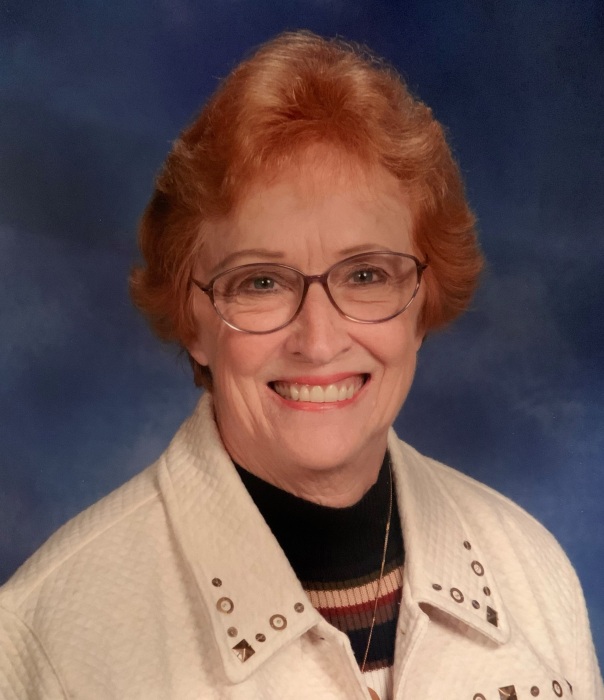 Jacelyn McQueary, Prairie Village, Kansas, passed away Monday, May 31, 2021.  A memorial service will be held at 10am on Saturday, June 12, 2021 at the Johnson County Funeral Chapel 11200 Metcalf, Overland Park, Kansas where the family will receive friends from 9-10am prior to the service.

Jackie was born April 4, 1939, in Detroit, Michigan, to Maurene and Charles McQueary.  She spent most of her childhood in Topeka, Kansas, graduating from Topeka High School in 1957.  She moved to Kansas City in 1966 and was employed as secretary to the President of the J.C. Nichols Company until 1983 when she joined United Telecommunications, Inc., as secretary to the President.  She ended her career as Assistant to the Chairman and CEO of Sprint in 1999.

In 1967 Jackie joined the National Secretary's Association, now the International Association of Administrative Professionals, and later became the president of the Heart of America Chapter, followed by President of the Missouri Division. She became a Certified Professional Secretary in 1979.  She remained active in IAAP, even after her retirement, in order to continue to mentor young professionals.  After her retirement she became a volunteer for Youth Friends and tutored third graders at Belinder Elementary.

In lieu of flowers memorials to Kansas City Hospice and the University of Kansas Cancer Center are suggested.

To order memorial trees or send flowers to the family in memory of Jacelyn McQueary, please visit our flower store.