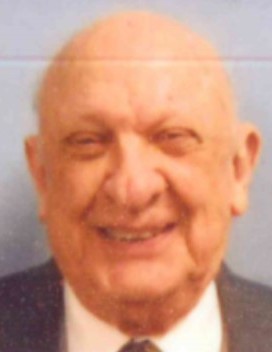 He was proud to show his Eagle Scout Award earned there. He graduated from Coffeyville (Field Kindley) High School and Coffeyville Junior College. He also joined the Coffeyville Masonic Lodge. He joined the Army in August 1943, and left the service in February 1946 to return to school, graduating from Kansas University with a Bachelor’s degree in Secondary Education for English and Drama. While at KU he played flute and piccolo in the marching band, and returned many times to march in the alumni band for KU Band Day. He traveled to Miami, Florida and marched in the Orange Bowl on January 1, 1948. While at KU he was a member of Pi Kappa Alpha fraternity and Phi Delta Kappa education fraternity. He returned to KU a third time and proudly earned his Doctorate in Education in May of 1972.

He began dating Winona Klotz in junior college, and they married August 21, 1949 in Coffeyville. They moved to Colby, Kansas where they both taught for 2 years. They returned to KU in 1951 where Jim earned his Master’s degree in Elementary Administration. They then moved to Burlington, Kansas where he was principal of the elementary school and taught junior high in the afternoons.

He and Winona joined Village Presbyterian Church in 1955 where Jim served in the Stephens Ministry, as a Shepherd deacon and elder, acted in church productions, and was a choir member over the next 60 years.

He was an actor and director for the Senior Barn Players. He loved acting and directing, and after retirement enjoyed entertaining with real life stories. He was a member and past president of Johnson County Retired Teachers Association.

He and his wife retired to Lakeview Village in Lenexa in 2007, where he continued his volunteer activities. He proudly got to go on an honor flight to Washington D.C. as a World War II veteran on April 20, 2011.  And for his 90th birthday in 2015 all his family traveled for a special weekend to Coffeyville.

His joys included badminton, croquet, sailing, fishing and card games with friends and family. He loved family camping trips, vacations, traveling, visiting national Parks and historic sites, redoing furniture and gardening. He loved attending as many of his grandchildren’s activities as he could.  He loved sports and attended and watched Kansas City Royals and Kansas City Chiefs games.  He loved all Jayhawk sports and watched all football and basketball games every year.  He and his wife had season tickets for K.U. football for many years.  Many memories were made with the Roger James family. He loved teaching children and dogs his entire life.

Jim is survived by his wife, Winona, of the home, two daughters: Cheryl Townsend of Parker, KS, and Linda Flanakin and husband Dale of St. Louis, MO. He proudly loved his 3 grandchildren: Drew Flanakin of St. Louis, MO; James Studna and wife Kaylee of Spring Hill, KS; and Ashley Barker and husband Calen of St. Charles, MO. He excitedly welcomed his first great granddaughter in October 2020, Sloane Olphia, also of St. Charles. His only granddaughter Ashley was born on his birthday, as was his nephew Shannon Huntley. Other family members include nephew Wood Huntley and wife Berne of Mendham, New Jersey; nephew Shannon Huntley and wife Elaine of Garner, North Carolina; and cousin Barbara Bentley Groh of Wichita, KS.

He was preceded in death by his parents, his sister Rilla Huntley of Wadesboro, North Carolina, and his twin brother Harry, who died at 18 months.

A memorial service will be held at Village Presbyterian Church in the sanctuary at 6641 Mission Road, Prairie Village, KS at 2 p.m. Saturday, August 28.

In lieu of flowers, the family requests donations be made in his name to Village Presbyterian Church or KU School of Education Opportunity Fund, KU Endowment, PO Box 928, Lawrence, KS 66044 or online at www.kuendowment.org/givenow

To order memorial trees or send flowers to the family in memory of James (Jim) Townsend, please visit our flower store.