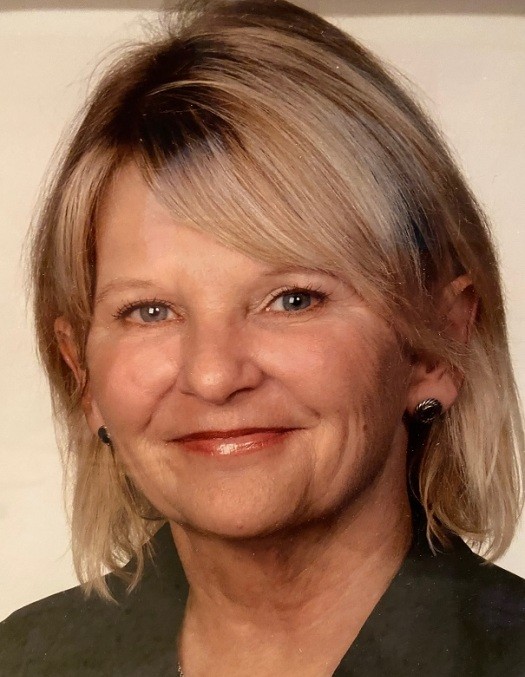 Janet “Jan” Mae Knudsen, 66, of Overland Park, Kansas passed away on November 23, 2020 in the home, after a valiant battle with small cell lung cancer.

She was born on October 6, 1954, in Omaha, Nebraska, the daughter of James Knudsen, Jr. and Emma Geraldine (Loomis) Knudsen.

Jan was a 1972 graduate of Harry A. Burke High School, in Omaha.  She next attended the University of Nebraska at Kearney for a year, before deciding to serve her country by enlisting in the U.S. Army.  She spent her three years in the army both as a medic, serving in Denver, Colorado, and then as a recruiter, serving in Minneapolis, Minnesota.

After her military service, she used her G.I. Bill to start nursing training at a three-year diploma program in Omaha:  Clarkson, which was the first school of nursing in the state of Nebraska.  After graduation, she put her knowledge to work in one of the more challenging spheres of the profession, the I.C.U.

She then used her nursing education and experience to pursue a career in pharmaceutical sales, which subsequently became her lifelong profession.  She started out as a pharmaceutical sales representative in Lincoln, Nebraska, for Syntex.  She was a very loyal and valued employee, staying with the same company (managing through a number of downsizings, mergers, and acquisitions) throughout her entire career.  After Lincoln, she was a representative in Omaha.  During this time in Omaha, she obtained a B.A. degree in Psychology from the University of Nebraska at Omaha.

Next, Jan was promoted to Training Manager in Nashville, Tennessee, and was then promoted to District Manager.  After her time in Nashville, she moved to the Kansas City area (Overland Park). Syntex was then bought by Roche Pharmaceuticals, and Jan was relabeled as a Division Manager. She worked in both the Primary Care and Oncology franchises.  Eventually, Roche acquired Genentech, and the new organization adopted the name Genentech:  A Member of the Roche Group, for U.S. operations.  As has been attested to by many of the representatives who worked with her, she was quite beloved, and was known to stand up for her people at every opportunity.

Jan decided to retire in 2015, thereby throwing herself into some of her other pursuits.  She was an avid member of the Overland Park Racquet Club, and met many of her best friends through that organization.  She also volunteered at Safehome. Among her other duties, she spoke at local hospitals about healthy relationships and avoiding domestic violence.  Jan also liked to stay involved politically, and was a strong advocate for women’s rights.  She was also passionate about fine wine, which many of her friends can vouch for!  In addition, she was a rabid Nebraska Cornhuskers football fan, and, of course, a Chiefs fan.  We also can’t forget her other great loves—good coffee and The Rolling Stones, especially Mick Jagger.

Above all, Jan was a wonderful aunt.  She was very close to her siblings, so, of course, it followed that she would also be devoted to their progeny!  She attended as many of their games and other activities as she could.  She often spent holidays and vacations with them, and loved every minute of it.

In 1994, Jan met her future husband of nearly 25 years, Mark Prochaska.  He always quipped that he married her for her “love of tennis and museums.”  Museums, by extension, meant travel, and travel they did!  She quite graciously overcame her dislike for flying, and they went on many trips and cruises, both in the U.S. and overseas.  Jan was basically responsible for her husband’s introduction to the world that they subsequently loved, of cruising and European travel.  She especially loved Paris and New York.  Their most recent overseas venture was a Stephen Ambrose 75th Anniversary of D-Day trip, which included sights in France, Belgium, Germany, Netherlands, and Luxembourg.  Jan was a big military history buff.  She was also quite interested in genealogy, and enjoyed pursuing her Danish, British, and Welsh roots.  Jan also enjoyed getting Mark involved in the activities of her family, and he, in turn, enjoyed stimulating their worldly curiosity.  Besides being a great aunt, Jan was also a devoted daughter-in-law and sister-in-law.

Survivors include her husband of the home, Mark Prochaska; sister Diane Reynolds and her husband Ron, of Omaha, and a brother, James Knudsen and his wife Kate, of Valley, Nebraska.  In addition, Jan was very close to her nephews, a niece, and her great niece and great nephew.  These include nephew, Brad Reynolds, and his wife, Molly, of Olathe, Kansas; niece Elizabeth “Libby” Knudsen, and nephews Thomas and James Knudsen, of Valley, Nebraska.  The great niece is Emma Reynolds, and the great nephew is Maddox Reynolds, both of Olathe, Kansas.

In lieu of flowers, please consider a donation to Safehome - http://safehome-ks.org

To order memorial trees or send flowers to the family in memory of Janet M. Knudsen, please visit our flower store.