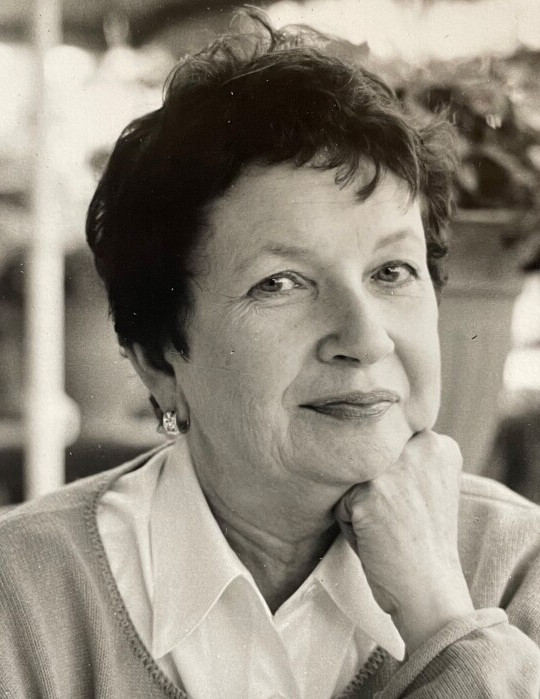 On Saturday, August 13, Janice Newton, 85, a beloved wife, mother, and grandmother, died peacefully with her husband David by her side. She desired to be part of the willed body program at University of Kansas and her body was donated for study.

Janice was born in Springfield, Illinois on November 4, 1936, to Russell and Irene (Reavely) Daigh. She was preceded in death by her parents and siblings, Robert Daigh, Marilyn Rodrick, and Judy Eubanks. She attended the University of Iowa and University of Illinois and graduated with a degree in Sociology. While living in Champaign-Urbana, IL she met David Newton through a mutual friend, they married in 1970 and moved to Manhattan KS, then settled into a new house in Overland Park, KS in 1974.

Janice was a great supporter of the Kauffman Center for the Performing Arts and a volunteer at Union Station for many years. She enjoyed living in Kansas City and took advantage of what the city has to offer. Pierponts was a favorite restaurant, The Plaza and Crown Center for shopping.

Some of her interests included music, art, and dining at nice restaurants. She was also a fan of KU and U of IL basketball. Janice enjoyed traveling to meet family in California, Chicago and later many trips to Winston-Salem, NC to spend time with her grandkids. She planned lunches at the Kemper Museum of Contemporary Art with her daughter to enjoy the art exhibits followed by a delicious meal. She always found amusement in her son’s sharp wit and commentary. Friends and family will remember her ability to cook and welcome people into her home, and how she never forgot to send a special card to let someone know she was thinking about them.

She worked in the legal industry for most of her career. At Lathrop and Gage, she was the HR director of the Overland Park office. Previous to this time, she worked as a legal secretary. She loved being downtown and spent many years at the office located by Crown Center. She was an avid reader and excellent student throughout her years and was able to easily win first place in a company spelling bee.

She is survived by her husband David, and children Scott Newton and Megan Abrams. She also leaves behind two beloved grandchildren, Kai (18) and Russell (16) Abrams, and in-laws, Corinne Newton, and David Abrams.

A service will be held at a later date, as the University of Kansas Medical will have a special ceremony for donors with newly graduated physicians in attendance. This will be open to anyone who wants to honor her memory.

To order memorial trees or send flowers to the family in memory of Janice Newton, please visit our flower store.