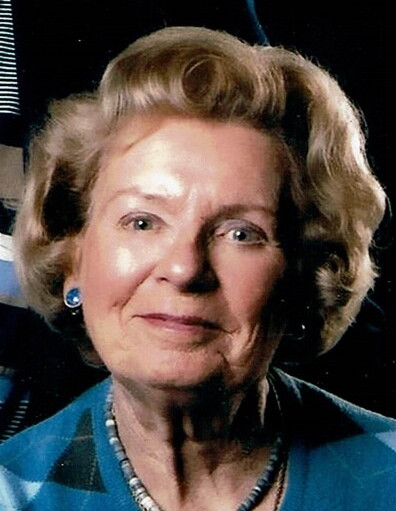 She graduated from Paseo High School in 1941 and attended MacMurray College in Jacksonville, IL.  She transferred to the University of Missouri-Columbia and graduated in 1945.  She was a member of Kappa Kappa Gamma where she served as chapter president.  After college, she was a flight attendant for Mid-Continent Airlines (later Braniff).

She married Major Ralph Lundell on August 29, 1947 and they lived in Washington, D.C. during active Army duty.  They returned to Kansas City in 1948 but also lived briefly in St. Louis and Cape Girardeau, MO, during Ralph’s career with Southwestern Bell Telephone Company.

She was a member of the St. Thomas the Apostle Episcopal Church, the Kappa Kappa Gamma Kansas City Alumnae Association, Tomahawk Chapter of the Daughters of the American Revolution, Braniff Clipped B’s organization and volunteered over 30 years for the Christ Episcopal Church Altar Guild.  She served as a Brownie Scout leader in the 1950s.  She was an avid water exerciser and enjoyed tennis, gardening and world travels.  She was a family caregiver for many older relatives for over 20 years.

To order memorial trees or send flowers to the family in memory of Jean Lundell, please visit our flower store.