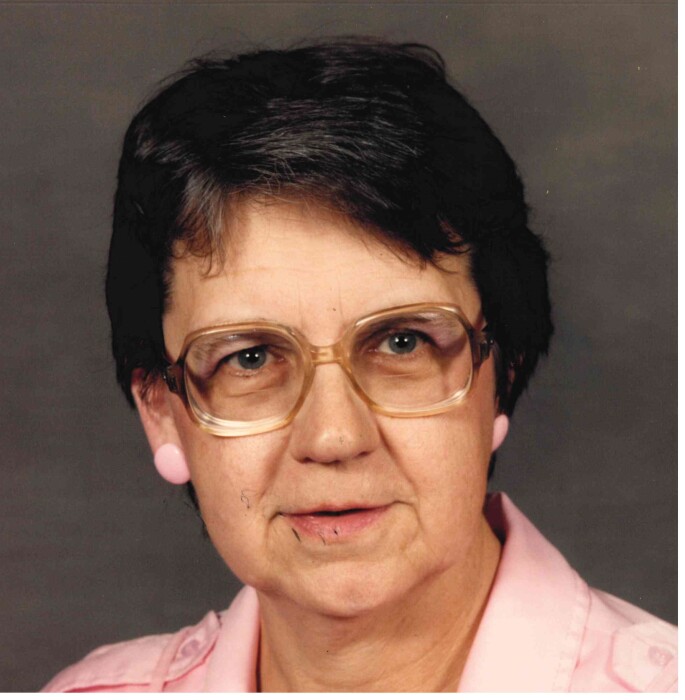 Joan Evelyn (Nelson) Hogue was born June 26th, 1932 in Liberal KS to RE and Ethel Nelson. Joan died May 14th, 2022 in Eudora KS. She grew up during the Depression era and lived a nomadic childhood. She lived in various places throughout Kansas, Oklahoma and Colorado. Soon after she graduated from Liberal (KS) High School, class of 1950, she married M. Norman Hogue in May 1950.

Joan was a mother of four, Vicki Duckworth (Tom) of Wheat Ridge CO, Lois Love (Steve) of Wichita KS, Nancy Stewart (Jim) of Eudora KS and William “Bill” Hogue (Donna) of Overland Park KS. She was the grandmother of eight and great grandmother of nine.

She was a busy seamstress with four children and continued to sew for her grandchildren and friends. She was chauffeur for numerous music and dance lessons, plus many other activities, as her greatest commitment was to her children.  She had been a longtime member of Prairie Baptist Church, Prairie Village KS.  Joan had earned her CNA/CMA license in the early 1980s and worked at several nursing homes in the Shawnee Mission area. She also loved her bookkeeping position for many years at the Brookside, MO-area Hallmark store.

Throughout her adult life, she lived in several Kansas towns: Lawrence, Topeka, Hutchinson and Overland Park. She always enjoyed attending live music and theater productions, especially the Walnut Valley bluegrass festival in Winfield KS. Her greatest happiness in life was participating in her children’s, her grandchildren and great-grandchildren’s lives. She was affectionately known by them as “GG Jo”, “GJ” and “Gram.” She was happiest when she was with her family.

To order memorial trees or send flowers to the family in memory of Joan Hogue, please visit our flower store.