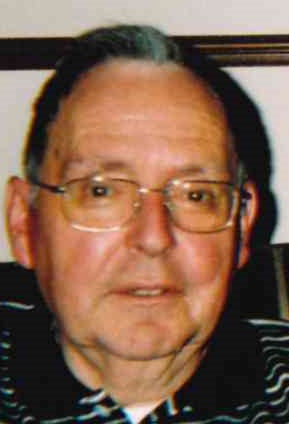 John Neal McMullen, 83, of Gardner, KS, passed away on February 3, 2021, at Hospice House, Olathe, KS, surrounded by his family.

John was born April 12, 1937, in Washington, D.C. He was raised by Allen and Mabel McMullen in Montgomery County, MD. John graduated from Richard Montgomery High School in 1955 and from the University of Maryland – College Park in 1961, where he received a degree in Dairy Science. During his college years, John served in the Maryland National Guard.

John worked for Safeway Stores in the Dairy Production division for 27 years, which took him from Washington, D.C. to Omaha, NE, to Olathe, KS. Following his time at Safeway, John worked for Roberts Dairy in Kansas City, MO, for more than 20 years.

John married Mary Cooley in October 1968, after they had met in church. John and Mary remained side-by-side for more than 52 years, raising four sons. Despite the challenges of the busy house, they always made time for each other, whether it was attending a gospel concert or going out for ice cream.

John was active in the churches he attended, serving different roles such as deacon, Sunday School teacher, and treasurer. He loved the gospel hymns and would often sing along, even if he were not in tune.

When asked, John would tell you that his hobbies were his four sons – whatever interested them interested him. Later in life, the focus on his sons was replaced by his grandchildren, who loved to spend time with their Poppy. When he did have free time, John enjoyed gardening and following the Maryland Terrapins football and basketball programs.

John is preceded in death by his parents; his youngest son Jeff; and his brother Hugh Pendleton.

The family will have a private burial service, but friends and family are invited to attend a memorial service on February 13, 2021, at Grace Baptist Church, Gardner, KS.

If you would like to donate in memory of John McMullen, the family recommends the Hospice House, Olathe, KS.

To order memorial trees or send flowers to the family in memory of John McMullen, please visit our flower store.