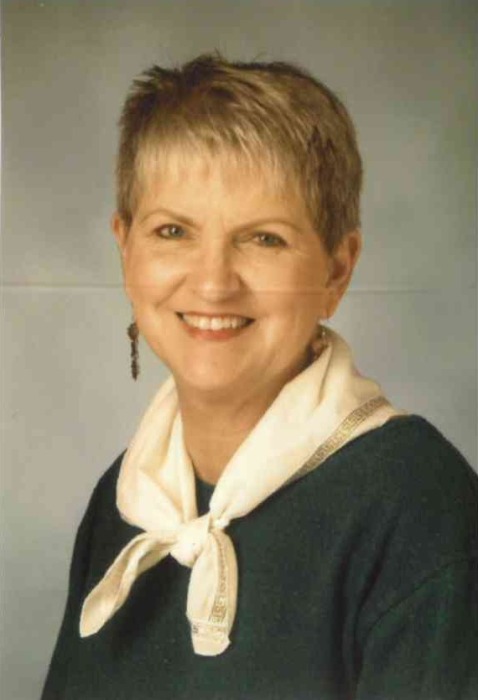 Eleanor Joyce Odle passed away on September 4, 2022 in Lenexa, Kansas.  She was born January 2, 1940, in St. Joseph, Missouri, to Harry Bradford Ellis Goerke and Thelma Ellen Long Goerke. She attended Central High School and later completed her Bachelor of Science in Business Administration over several years, taking courses at night while working full time and supporting her daughter in college.

Her marriages to Stuart Thomas Phillips and Lloyd Wayne Gillihan ended in divorce.

Joyce worked as an executive assistant as well as other roles at Cameron State Bank, Missouri Public Service, Research Medical Center and Lakeside Hospital, over many years until ultimately she landed at Hallmark Cards where she excelled in her ability to manage high-level managers as an executive Administrative Assistant and kept things running smoothly for all.

July 20, 1985, she married Paul Martin Odle whose job took them to Wichita, Kansas for two years. There Joyce worked at Slawson Oil Company. Upon their return to the Kansas City area they settled in Lenexa, Kansas, and later moved to Olathe, Kansas.

Joyce maintained many friendships from her High School days in St. Joseph, her early working career in Missouri and later from her time at Hallmark. These friends have always been a great source of support and friendship, especially in the last couple of years with her health challenges.

During her time at Hallmark, she was an IAAP (International Association of Administrative Professionals) member. One particular year, she served as Membership Chair, marking a bonus year of members. This took her on many trips which she really loved. Joyce also enjoyed leisure travel including cruises to the Caribbean, girls’ trips to Cape Cod, Sedona, Arizona and Mall of America as well as visiting her children who live out of state.

She loved playing board games, card games and plays a mean game of Scrabble, Boggle or Yahtzee with friends, but mostly when her children and grandchildren visited. She also enjoys cooking, reading, gardening, watching sports and game shows as well as attending plays.

Joyce and Paul enjoyed going out to eat, visiting his family in Oklahoma and watching sporting events together. She loved to have dinner at various restaurants during weekends and family gatherings, ordering eggplant parmesan, pulled pork and salmon dinners.  In addition, they visited relatives in McAlester, Oklahoma, twice a year during the holidays. During the early years, had season tickets to the Royals games, and occasionally attended KC Chiefs games and always watching both teams on TV.

Later when she and Paul moved to Willowbrooke Village in Lenexa, she offered to teach bridge, which was another of her passions, to the residents that were interested.  She was also learning Mahjong with other neighbors. Not too surprising, many of these neighbors became her friends. Joyce truly didn’t know any strangers, only friends she hadn’t met yet.

Visitation will be from 7-9pm Monday September 12, 2022 at the Johnson County Funeral Chapel with funeral services on Tuesday, September 13, 2022 at 2pm.  In Lieu of flowers memorial contributions in memory of Joyce may be given to the American Cancer Society at donate.cancer.org .

To order memorial trees or send flowers to the family in memory of Joyce Odle, please visit our flower store.