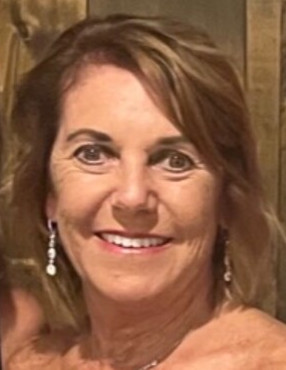 Julie was born on August 19, 1958 at St. Luke’s hospital in Kansas City, Missouri as the first born to Gerard and Janice Lewis. She was raised in Prairie Village, Kansas and was a big sister to brothers Jeff and Jim and sister Jackie. Julie graduated from Shawnee Mission East High School in 1977 where she was active in sports. During high school she dated Mike Collins and later rekindled their relationship, and he was her companion until her death. After several jobs early on, Julie finally landed her dream job, graduating from Continental Airlines Flight Attendant Academy July 5th, 1988. She lived in Houston, was in St. Louis with TWA, until starting to work for United Airlines in 1991. She then lived in San Francisco until making Denver, Colorado her home. Julie loved Denver and her mountains. She loved to ski with Mike and her family and loved supporting her favorite sports teams. But most importantly she loved her nieces and nephew and Mike’s children, as well as their children, always making time for them and supporting all their major events in life. She was preceded in death by her parents Jerry and Jan. She is survived by her brother Jeffrey and wife Roxanne, brother Jim, her sister Jackie and husband Bill, her partner in life Mike Collins, as well as nieces Madison, Molly, Lucy and nephew Parker and her great nephews Levi and Brooks.

To order memorial trees or send flowers to the family in memory of Julie Lewis, please visit our flower store.