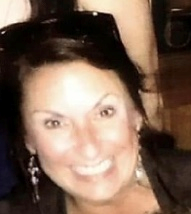 Kelly Ann McCoy, 57, passed away peacefully on Saturday, August 7th, 2021 due to a stroke. At the time of her death, she was surrounded by family. Kelly was born in Kansas City, MO to parents Gene and Carolyn McCoy on February 1st, 1964. She went to Shawnee Mission West and then to KU. Eventually she settled in Springfield, Missouri, where she raised her 2 children. Later, she was graced with grandchildren, who became the light of her life. In Springfield, Kelly worked primarily in social work. Most recently at Easy Living, where she cared for clients with special needs. With a huge heart, she was dedicated to the welfare of these individuals including Paula, Brian, and many more.

Kelly lived her life with a great sense of humor and an even greater compassion for others. She never judged anyone and made everyone feel special and important. She was one-of-a-kind with a heart of gold. Her laugh was contagious and she somehow made every moment entertaining. Her love of life, quick wit and hilarious outlook made her unforgettable. To know Kelly was to love Kelly. She was a special soul. A personality bigger than life.

Her family would like to send their sincere appreciation to the hospice care workers at Harbor Hospice Kansas City, especially Charlie, Trish and Dominique, who helped take care of her during her final days.

In lieu of flowers, donations can either be made for her grandchildren’s college fund (529 account, please make checks to Joey McCoy) or or to the Harbor Hospice Charitable Foundation and those can be sent to: 7223 W 95th Street Suite 230 Overland Park, KS 66212

A visitation will be held at Johnson County Funeral Chapel from 5pm-7pm on Friday, August 13th with the memorial service being held the following day at 10:00am on Saturday, August 14th at Ascension Catholic Church in Overland Park, KS. Entombment will follow at Resurrection Cemetery.

To order memorial trees or send flowers to the family in memory of Kelly McCoy, please visit our flower store.

Remembrance Service by Family and Friends

Church of the Ascension