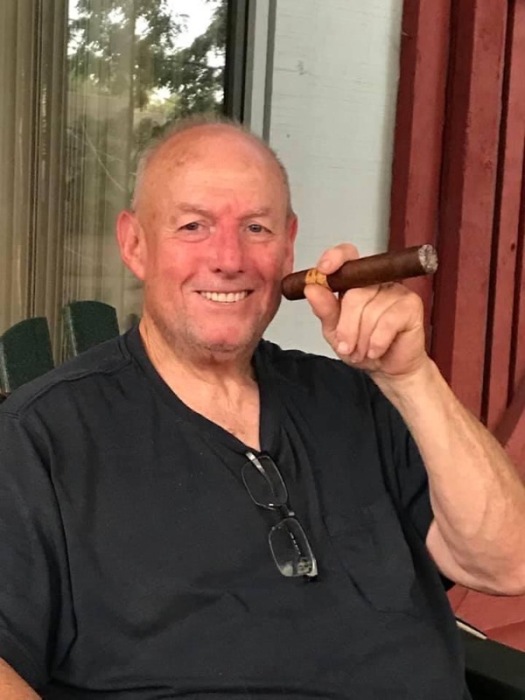 Kerry Kelly Goodier died of complications of cancer with his family at his bedside. He was 75 years old.

Kerry was born in Norman, Okla. His family moved to Wichita then to Oxford, Kan., when he was a child. He attended Oxford High School where he was a three-sport star and played in the marching band at halftime of the football games he was playing in.

He attended Kansas State Teachers College at Emporia where he was a member of Sigma Phi Epsilon fraternity and earned a Bachelor’s degree in Education. After graduation he taught physical education at Highland Park High School in Topeka. His summers were spent at Jayhawk Boy Scout Reservation where he was the director of field sports, supervising the archery and rifle programs. He was a graduate of the Boy Scouts of America National Camp School. He developed a love for the outdoors and spent at least one week each summer in the Quetico Provincial Park or Boundary Waters Wilderness area on canoe trips with friends.

He retired from teaching in 2011 and traveled extensively in Alaska, the Pacific Northwest and made several trips to Europe, notably Ireland, England and France.

He is survived by his wife, Marin, of the home; his son Daniel of Austin, Texas, and several nieces and nephews. He was preceded in death by his parents Walter Gene “Hank” Goodier and Laveta Jean (Kelly) Goodier and his siblings Carol, Walter and Greg.

The family requests charitable donations to Kansas Special Olympics or a charity of your choice.

To order memorial trees or send flowers to the family in memory of Kerry Goodier, please visit our flower store.