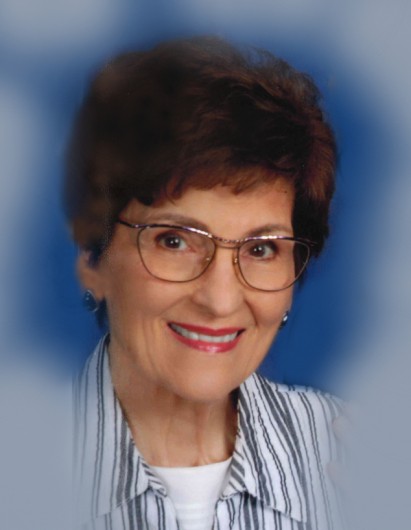 Kitty Walker Douglas was born August 14, 1927, in Dallas, Texas, and named Minnie Mary Crawford, to parents Ralph E. Crawford and Beatrice Marcelline Jolet Crawford.  She legally changed her nickname to Kitty as an adult.  She was the youngest of five children.  Her father was a pharmacist in Dallas Texas, operating the “Indian Herb Shop” with the assistance of her mother.  Kitty had two children, Garry Percy, and Kathleen Pearcy Rogers.

Kitty worked in the insurance industry and ended her career at Rollins Burdick Hunter, a large insurance brokerage firm in Chicago, where she oversaw federal and state compliance.  At the time of her retirement in 1993, she was the highest-ranking woman at the firm.  She was also involved in the National Association of Insurance Women, often travelling for the association and for her work.

She met her husband, Charles Robert Douglas, “Bob”, while employed at RBH.  They married in Martha’s Vineyard on September 9, 1985.   After their retirement, they traveled extensively, spending time in Kansas City, Falmouth Massachusetts, and Naples Florida, before eventually settling in Kansas City.  Her interests included photography and “Body Recall”, a senior fitness program.

She will be laid to rest at Resurrection Cemetery on September 1, 2021, following a 10:00 am service at Asbury United Methodist Church.

If you would like to view a livestream of the service, please select this link at the time of service.

To order memorial trees or send flowers to the family in memory of Kitty Douglas, please visit our flower store.