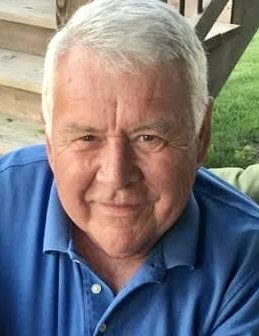 Larry Gordon Baker, age 72 of Overland Park, KS, formerly of Elm City, NC, passed away with his family by his side on Friday, August 20, 2021. Larry was born on October 25, 1948 to Leslie Fleming Baker and Roberta Garner Baker in Elm City, North Carolina. He graduated from Elm City High School in 1966.

On April 21, 1984, he was united in marriage to Johnnie (Barnes) Baker in Wilson, North Carolina. The couple made their home in Wilson, where they had their first child (Laura) until moving to Tarboro in 1987, where they had two more children (Jonathan and Jason). In 1992 the family moved to Wake Forest, North Carolina before settling in Overland Park, Kansas in 1997.

Larry started his accounting profession at Carolina Telephone, which Sprint Corporation acquired, where he spent the first 25 years of his career. He retired from full-time employment in 2016.

Larry took great pride in his North Carolina heritage and was an avid ECU Pirates fan. Go, Pirates! He loved Carolina BBQ and sweet tea. He enjoyed spending his time golfing, fishing, boating, hunting, and watching sports. He liked Carolina beach music streaming in the golf cart and grits for breakfast. He enjoyed playing the guitar but most of all being called “Papa” by his grandchildren. He loved spending time with his family and loved telling stories about the good ole days. He left quite an impression on everyone he met.

A memorial service will be at 11:30 am, Tuesday, September 7, 2021 at Evergreen Memorial Gardens, Wilson, NC with fellowship time afterward at Pleasant Hope Baptist Church in Elm City, NC.

In lieu of flowers, donations can be made to Grace Covenant Presbyterian Church, Pleasant Hope Missionary Baptist Church, and Navy League of the United States of Greater Kansas City Council.

To order memorial trees or send flowers to the family in memory of Larry Baker, please visit our flower store.