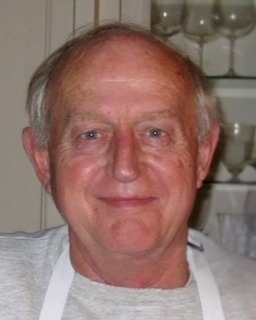 Lorant (Larry) Arzen Gyulafia of Cincinnati, OH passed away peacefully surrounded by loved ones on January 3, 2023.

Larry was born on March 22, 1945, to Gyula and Gizella Gyulafia in Sümeg, Hungary, the second of six children. His family left Hungary following the Hungarian Revolution and spent three years in Austria before immigrating to the U.S. They established a home in Kansas City, where many family members still live today.

He is predeceased by his parents, his older brother Julius Gyulafia of Everett, WA, and sister Margit Nelson, of Kansas City, KS.

He was also blessed with three beautiful, spirited great-granddaughters, Kennedy, Khloe and Kamryn Beverly, whose unbridled excitement stole his heart every time Grandpa Larry and GiGi came to town.

Larry was not just a husband, father, brother, and grandfather. He was a mentor, advisor, cheerleader, coach, and golf partner – but also a friend, always there to lend his support. Whether on the sidelines of a soccer field, cooking the Thanksgiving turkey, having lunch with the grandkids at school or invited in for “show and tell” to talk about Hungary’s foods, history or people, he was an eager participant. With Larry, there was no generational gap, and friends quickly became family.

His infectious spirit and mischievous sense of humor brought joy to all those around him. He focused on the positives and found joy in the simplest things. His family was clearly his foundation, but sports – especially soccer, running and college basketball – were not far behind.

Larry attended Washington High School in Kansas City and the University of Kansas and remained a diehard Jayhawks fan throughout his life. Soccer was a passion that never waned. He grew up playing soccer in Hungary and Austria, played competitive league soccer as a young adult in the U.S. and continued playing every weekend (sun, rain or snow) for decades with friends from across Europe, South America and the U.S.

Like so many things in his life, there was no age limit on sports. Larry eagerly joined men 25 years his junior for a soccer match and participated with his peers in the Senior Olympics in Kansas and Florida, bringing home silver and bronze medals. He completed the Kansas City Marathon at the age of 45 and competed in 10k races for many years afterwards. He enjoyed playing golf with his son, grandson and other family members and valued the time it allowed them to spend together.

Larry had a long and successful career in the software and information technology field. He was a partner in Creative Data Systems and led technology teams for Favorite Nurses, Tension Envelope and several manufacturing and services companies in the Kansas City area before retiring in 2000.

Teresa’s career took them to Wellington, FL in 2000, where they enjoyed hosting family and friends. The couple relocated to Cincinnati in 2008, where they reside today.

A memorial service and celebration of life will be 11:00am Saturday, January 28th, 2023 at the Johnson County Funeral Chapel and Memorial Gardens in Overland Park, KS.

The family is extremely grateful to the Good Samaritan Hospital neuroscience team for their dedication and care over the last six months, and to the speech and physical therapy professionals who supported Larry in his recovery. Donations can be made to the Good Samaritan Foundation or the American Stroke Association.

To order memorial trees or send flowers to the family in memory of Larry Gyulafia, please visit our flower store.