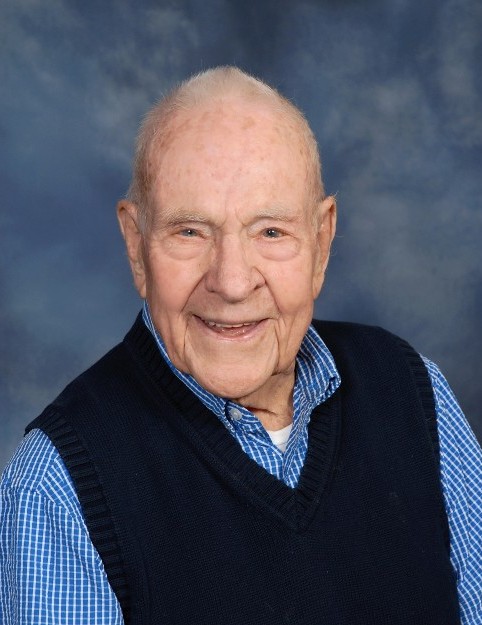 He married Constance L. Hatt on February 14, 1944. They had two children, Conrad (Donna) Jestmore of Wichita, KS and Cherri Jestmore of Mission, KS.

Lou served in the U.S. Marine Corp as a Major in World War II, as a transport pilot flying DC-3’s. His service was spent in the South Pacific theater flying routes through combat zones from Zamboanga to Bougainville, down through the Solomon Islands and to Australia.

Following the Marine Corp Lou worked for the Sherwin Williams Company traveling throughout the mid and central states. He retired from Sherwin Williams after 37 years with the company. In his retirement he and Connie traveled visiting their children and spent time in Hawaii and Coronado Island. Lou and Connie spent much time together on the golf course and he also enjoyed woodworking, reading, and selling real estate in retirement. Lou is preceded in death by his parents, older sister Violet, and beloved wife Connie.

Many thanks to Bickford at Mission Springs Assisted Living and Memory Unit and to Advanced Hospice of KC of Overland Park for your love and care.

There will be a private family memorial service in the future.

To order memorial trees or send flowers to the family in memory of Louis M. Jestmore, please visit our flower store.