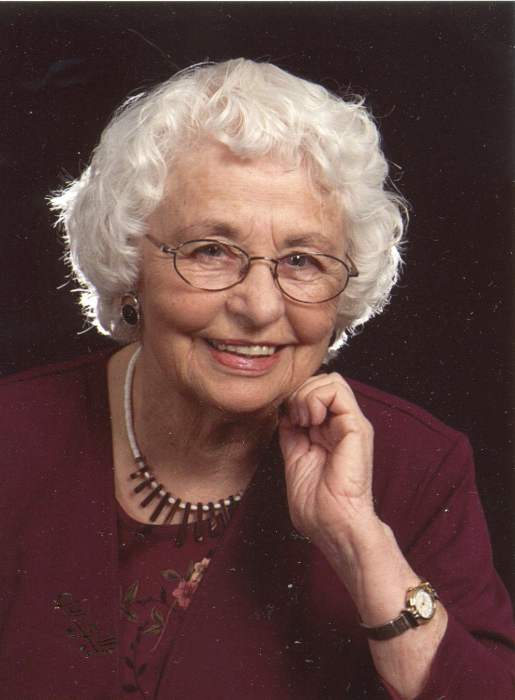 Born a child of Regina, Saskatchewan, in Canada, Margaret (Peggy) Miller Colburn lived many years in Overland Park, where she raised three children, numerous dogs, and the best tomatoes in town. She helped her first husband, Anthony (Tony) Miller, build a successful business, and later was the office manager for Eickmeyer & Assocs., where she treasured the friendship of her colleagues. After Tony’s death, she charted a new path as a widow until Robert (Bob) Colburn became the second love of her life. He and his family brought her endless joy. Peggy died Aug. 13 at Westchester Village, in Lenexa, where she and Bob had lived for a number of years. She was 93.

Services will be at 11 a.m. Thursday at Hillcrest Covenant Church in Prairie Village, with a 10 a.m. visitation.

Peggy was predeceased by Tony Miller, Bob Colburn, and two daughters, Marilyn and Karen, who died in infancy.

Born Margaret Ferris Greig, she was the child of William C. and Margaret (Ferris) Greig, immigrants of Scotland and Ireland, respectively. She met Tony, who was born in Poland and moved as a young boy to Winnipeg, Manitoba, and they married in Canada, where she gave birth to David and Barry before the small family moved to Overland Park. There, her keen mind helped make Tony’s Mutual Reporting Agencies a success. She volunteered for school committees, taught herself to be a wise investor, and to the end of her life was a loyal contributor to numerous charitable causes.

She supported her children’s music and dance lessons, football and soccer practices, choral and band performances, collegiate careers, and even abided Barry’s love of all things amphibian and reptilian, including a garter snake that somehow got loose in the house. She was, unfortunately, home alone when she found it.

Peggy adored the Chiefs and the Royals, along with Jayhawk basketball, and often planned her day around their televised games. She and Tony were longtime members of Southwest Bible Church and later joined Hillcrest Covenant Church, where they made many friends and strengthened their faith. Peggy was an excellent seamstress, who made many of her own clothes, and conjured gorgeous, intricate quilts, along with embroidery and needlepoint creations.

After she, Tony, David, and Barry became naturalized citizens, she and Tony loyally volunteered to work at their polling place for nearly every election. They read at least two newspapers a day, subscribed to numerous magazines, and filled many shelves with books they had read. They often competed over who would get to do which puzzles in the paper until they bought a copier and realized they could work them together.

She leaves behind the aching hearts of her children, David Miller (Kim), of Edmunds, Wash., Barry Miller, of Shawnee, and Kate Nelson, of Placitas, NM; grandson Matthew Miller (Bri), of Edmunds, and great-granddaughters Mason and Noah Miller. She also bids farewell to her beloved stepchildren, Bonnie Davis (Steve), and Christopher Colburn, of Overland Park; Vicki Beals (Kevin), of Lawrence; Jody Beckley (Chet), of Colby, Kan.; and Betty Bamberger (Dennis), of Jetmore, Kan.; along with numerous step-grandchildren and great-grandchildren. She would consider us remiss if we didn’t also mention her love for I-Meen and Grace Chao, and their wonderful children, Angela Trommer and Cathy Chao.

Her children will be forever indebted to “the Colburn kids” who continued to pay visits to Peggy after their father’s death and treated her, indeed, like a member of the family. We are also grateful to those caregivers who ministered to her in her final years. We find it fitting that she would die in August, a time of year that, for us, is filled with memories of playing hide-and-seek after sunset and catching fireflies, while our parents watched from the front porch, the sounds of a Royals game reaching out to us from a transistor radio.

Should you wish to remember her, do as she did, with a donation or volunteer time to a cause that needs your support. Consider also singing a song, silently or joyously out loud. Almost any hymn will make her smile, as will your renditions of “You Are My Sunshine” and “Red River Valley.”

To order memorial trees or send flowers to the family in memory of Margaret (Peggy) Miller Colburn, please visit our flower store.