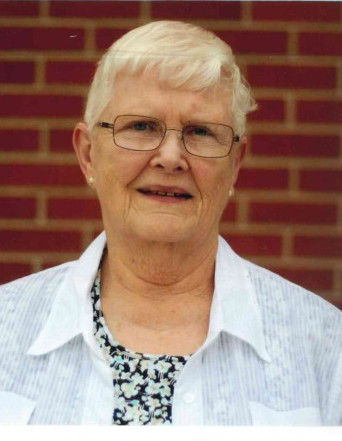 Martha Ann Gall was born May 4th, 1932, in Chillicothe, Missouri, to Lloyd Orville Rickerson and Golda Ellen Rickerson (Eaton). She grew up in Chillicothe and graduated from Chillicothe High School. She married Marvin Gall on June 10th, 1951, and soon after, Marvin left to serve in the Korean War. After the war, the two lived in Chillicothe, and then moved to Kansas City. Martha was a homemaker, raising four children before returning to the workforce. She worked at Shawnee Mission South in the cafeteria for many years, and then moved to an answering service company. She ended her career by working at Holy Trinity Preschool in Lenexa, Kansas, fixing meals and snacks for the children, for twenty-five years. When she retired, the kitchen was named, “Miss Martha’s Kitchen”, in her honor. Marvin and Martha celebrated 70 years of marriage on June 10th, 2021, shortly before Marvin’s passing. Martha was preceded in death by mother and father, her three brothers (Elton Rickerson, William Rickerson, Robert Rickerson) and one sister (Betty Harvey), her husband, Marvin, and her daughter, Kathy Dennis. She leaves her other children, David Gall, Susan Huff and Mary Beth Nall (Patrick), as well as six grandchildren, Annie Earp (Chris), Jacob Huff, Jessica Mruskovich (Jake), Taylor Nall (Haley), Courtney Gall (J.D. Wood) and Billy Dennis (Shayna); and nine great-grandchildren (Creighton, Adalyn, A.J., Hudson, Mickey, Bennett, Cooper, Clayton and Palmer). Martha served throughout her life in children’s ministry at the churches she was attending, whether as a teacher or helping in Vacation Bible School, and serving dinner to the congregation on Wednesday night’s. She loved God and her family above everything and was always excited whenever family dropped by to visit. She often talked about what heaven would be like. She was excited that there would be no pain, and that her health would be restored. “He will wipe away every tear from their eyes, and death shall be no more, neither shall there be mourning, nor crying, nor pain anymore, for the former things have passed away.” And He who was seated on the throne said, “Behold, I am making all things new.” -Revelations 21:4
To order memorial trees or send flowers to the family in memory of Martha Gall, please visit our flower store.