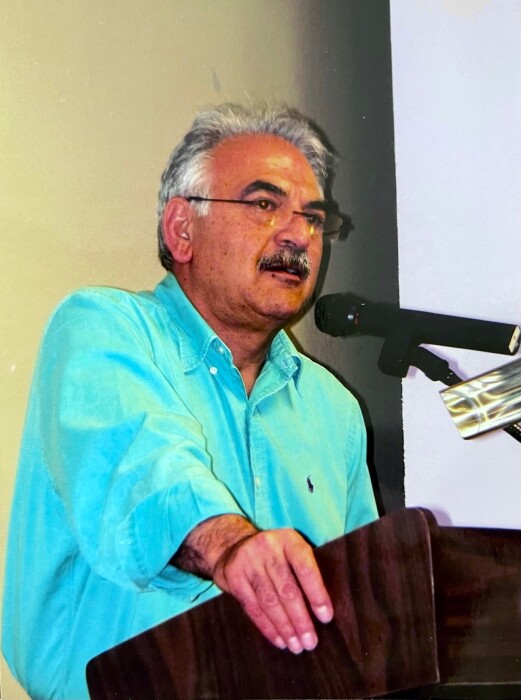 Dr. Morteza Ardebili passed away on March 1, 2022, in Overland Park, Kansas, at age 75.  He was born in Tehran, Iran to Ali Ardebili and Talat Vahabzadeh and grew up in a close-knit family with three younger brothers (Mostafa, Mojtaba, and Mohammad) and a younger sister (Maryam).

Morteza met Jaleh Moridani during the first semester of their studies at the National University of Iran in Tehran in 1967, where Morteza obtained his bachelor’s degree in psychology.  The two fell in love and were married in 1971.  Two years after marrying, Morteza and Jaleh moved to San Francisco, California for their post-graduate studies at San Francisco State University.  After graduating from San Francisco State, where Morteza obtained his master’s degree in political science, the couple returned to Iran where their first child, Hajir, was born soon after.  Before the 1979 Iranian Revolution, the young family returned to the United States and settled in Kansas, where Morteza and Jaleh’s second son, Amir, was born.

Morteza pursued his doctorate at the University of Kansas, and obtained his PhD in sociology in 1986.  For many years, he taught sociology, political science, and political economy at Kansas City Kansas Community College (KCKCC) and philosophy of social science and social theory courses in the interdisciplinary PhD program at the University of Missouri-Kansas City.  He was instrumental in the creation of KCKCC’s Intercultural Center and was its first Director.  He also served as the Executive Director of the Center for Research and Community Development at the college.  He later undertook administrative duties for several years, serving as the college’s Vice President for Executive Services and Provost until his retirement in 2009.

Morteza was a brilliant intellect and a charming gentleman, and dearly loved his family and friends.  He was passionate about his scholarship and debate, had a deep appreciation for music, and gleefully shared jokes with friends.

He is survived by his wife Jaleh, his sons Hajir and Amir, his siblings Mostafa, Mojtaba, Mohammad, and Maryam, and many beloved cousins, nieces, nephews, and other family.

To order memorial trees or send flowers to the family in memory of Morteza Ardebili, please visit our flower store.