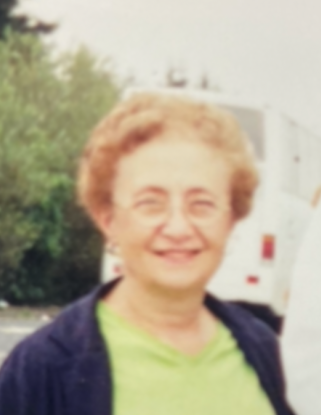 Nancy E. Richart, 86, Overland Park, passed away on Thursday December 30, 2021.   Nancy was born December 8, 1935, in Kansas City, Missouri to Willis and Dorothy Peake.  After graduating high school, she attended Iowa State College, (now Iowa State University) in Ames, Iowa graduating in 1957. A proud member of Kappa Delta Sorority and was very involved with the sorority the rest of her life. Dan and Nancy took many vacations with her Sorority Pledge Group.

She married Daniel Richart on July 6, 1958, in Ames, Iowa. They were blessed with three children: Sandra, Paul and Thom. Paul was diagnosed with Reye’s Syndrome and passed away at age 6 in 1970.

Nancy was an established seamstress and created and designed all the costumes for the Silver Blades and Kansas City Figure Skating Clubs while daughter Sandy was competing. One of her other enjoyments was watching Thom play hockey.

After raising their children, Nancy went to work for Edward Jones Investments full-time until she turned 67 and then filled in at many area offices as an on call until she retired two years ago after working over 25 years.  She was a member of Old Mission United Methodist Church for 60 years where she was also active in The Pathfinders Sunday School Class.

Nancy was preceded in death by a son, Paul, and a brother, Fred Peake.  She is survived by her husband of 63 years, Dan; two children:  Sandra (Robert) Brown of Dallas, TX, and grandson Daniel,  Thom Richart (and his fiancée, Apryl) of Kansas City, Ks;  one sister, Shirley Cox, Lacrosse, WI and many nieces and nephews.

To order memorial trees or send flowers to the family in memory of Nancy Richart, please visit our flower store.