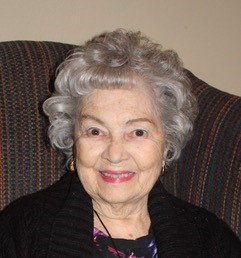 Norma Jean (Gattenby) Anderson, 92, of Leawood, KS died peacefully in her sleep Saturday, March 5, 2022 at Village Shalom, Overland Park, KS. She will be sorely missed by her family and friends.

Born May 21, 1929 in Martin City, MO the daughter of Everett Ralph Gattenby and Verna Alice (Sprague) Gattenby, Norma Jean grew up in the Kansas City, MO area graduating from Southeast High School with the class of 1946.

On May 4, 1946 Norma Jean was united in marriage to Woodrow Norvel Anderson in Olathe, KS. They started their married life in Missouri and Kansas, later moving to Huntington Valley, PA in 1958, living there until 1968, when they returned to the Midwest and made their home in Leawood, KS.

Norma Jean was a caring mother and wife, and later in life, worked as the Secretary/Treasurer for Bob Owen Realtors and along with her husband owned  and operated AnsaRing Answering Service in Overland Park, KS. With lifelong friends, they enjoyed golfing, playing cards, and Dinner Theater. In their retirement, Woodrow and Norma Jean traveled in their motorhome, making many trips to see the Country and visit their children and grandchildren, wherever they lived.  They were ever active and present in the lives of their children and grandchildren. They loved that life.

In her last years, Norma Jean lived in the moment and in harmony with everyone. She was the kind of person, one could honestly say, “to know her is to love her.”

In memory of Norma Jean, the family suggests contributions to the Salvation Army, Disabled American Veterans, or Red Cross.

To order memorial trees or send flowers to the family in memory of Norma Anderson, please visit our flower store.