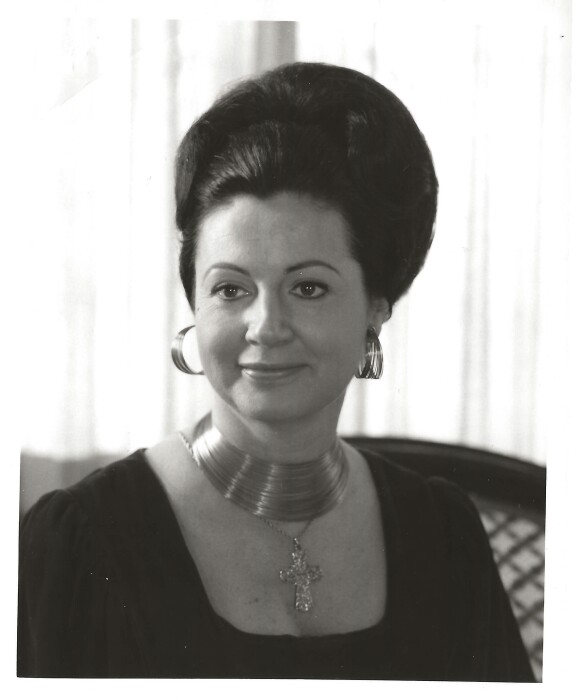 Olivia A. D. Bennett of Prairie Village, passed away on September 8, 2022.  Olivia was born in 1931 to her parents Edward and Alice in Norfolk, England.  She was the ninth of ten children and the youngest of seven daughters. Olivia grew up in the throws of World War II.  Long nights spent in the air raid shelters, gas masks at the ready, and fears of Hitler’s potential invasion of England left a scar on her. But soon after the U.S. was drawn into the war, a new hope spread amongst the people – “the Yanks are coming”. This began Olivia’s love affair with America and her quest to know who were these people that had come in their hour of need.

Olivia was introduced to a pen pal from of all places, Kansa City, when she was about nine years old. They continued their corresponded with each other for many years.  In 1951, at twenty years of age, Olivia received permission from her father to come to America so she could visit with her pen pal. As fate would have it, her pen pal tragically passed away before her visit but her friends’s mother insisted she come as planned and stay in her home. So, Olivia came to America and arrived in Union Station with suitcase in hand and her return ticket to England.

As the story goes, Olivia had overheard her father telling her mother “Don’t worry Alice, she’ll be back in 3 weeks”. This steeled her resolve as Olivia had other plans, to start a new life in America. It wasn’t long before she had cashed in her return ticket and began her pursuit of becoming an American. In those early years she worked as a model and fashion coordinator at Emery, Bird, Thayer & Company.  It wasn’t too long after her arrival and announcement back home that she was staying in America, that her father sent her sister Beryl to bring her home. But father’s plan didn’t work out as he intended as Olivia convinced Beryl to stay with her in America. That was the last daughter he sent to retrieve Olivia.

In 1957 Olivia became a citizen of the United States of American. She was so honored to be an American and embraced the promises of liberty with all her heart. The flag she received that date is a family heirloom that remains in our keep.

In 1971 Olivia married her one true love, Robert F. Bennett.  Together they embarked on a grand adventure in politics. Bob had previously served as the first Mayor of Prairie Village and was now a member of the Kansas senate. With Olivia at his side, Bob had the distinction and honor to be elected as the 39th Governor of the State of Kansas. On January 13, 1975, Bob was sworn in as Governor and Olivia became the First Lady of Kansas. It was a time filled with meeting dignitary’s and representing the people of Kansas. Olivia often pondered how a child born of England should have such an honor and opportunity as this.

Bob and Olivia returned from Topeka to Overland Park in 1979. Bob reestablished himself in his law practice and the two of them both remained active in the political scene. Life was good. But sadly, in October of 2000, Bob was called home to God’s side and thus began a new chapter in life for Olivia.  Bob had always been Olivia’s rock and champion and without him, the trappings of politics quickly faded which led to a quieter and more solitary lifestyle.

For the family, this last chapter of life for Olivia were the grandma years.  Grandma was always the life of the party at family get togethers. She loved to laugh and sing with the grandchildren. Tales of the old country were common at the dinner table along with the recitation of her poetry. Olivia was never one to give in and fought fiercely to maintain her independence.

In closing, it’s only fitting that we share one of Olivia’s favorite short poems…

My heart is like a cabbage, it’s quickly cut in two.

The leaves I give to others, but the heart I give to you!

There was never any doubt you gave to all of us your love, your support, and your heart. We love and miss you but know you are at peace and in the company of angels.

To order memorial trees or send flowers to the family in memory of Olivia Bennett, please visit our flower store.