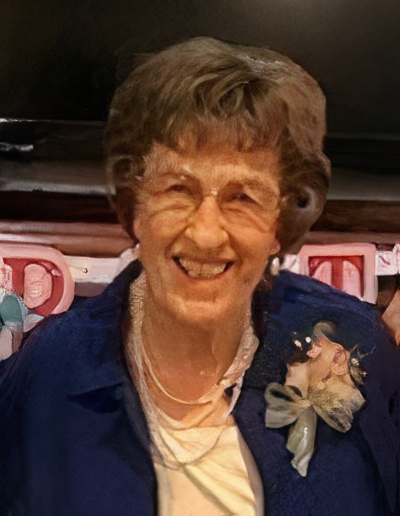 Opal M. Pearce, 94, Overland Park, Kansas passed away Monday December 6, 2021. Opal was born July 20, 1927 to John and Myrtle McHugh in Tunnel Hill, Illinois.  She married her husband Glen Pearce in 1947. They moved to Mission Kansas in 1960 where they lived until 2012 when they moved to Brookdale in Overland Park Kansas. Opal became a beautician at an early age after attending beauty school in Aurora, Illinois.  She worked in several department store beauty salons, she worked in her home part of the time after having her two sons, and for many years she worked at the Beauty Spot in Mission, Kansas.  Her greatest joy in life was her family: her husband, her two sons, grandchildren and great grandchildren.  Opal was a member of Nall Avenue Baptist Church for over sixty years where she was very active in her Sunday school class and other ministries. She is preceded in death by her parents, John and Myrtle McHugh; her husband, Glen Pearce, and two grandsons: Joshua and Jason Pearce.  Opal is survived by her two sons:  Donald (Alice) Pearce and Larry (Vickie) Pearce; Three grandchildren:  Jeremy (Nancy) Pearce, Jennifer (Cesar) Sanchez, Jessica (Matthew) Cornell and; seven great-grandchildren: Caleb Pearce, Grace Pearce, Ellie Pearce, Noah Pearce, Peter Pearce, Maximus Sanchez and Alexandria Sanchez. A visitation will be held from 1-2pm Friday December 10, 2021 followed by a 2:00pm funeral at the Johnson County Funeral Chapel.  Burial will follow in Johnson County Memorial Gardens.

To order memorial trees or send flowers to the family in memory of Opal Pearce, please visit our flower store.