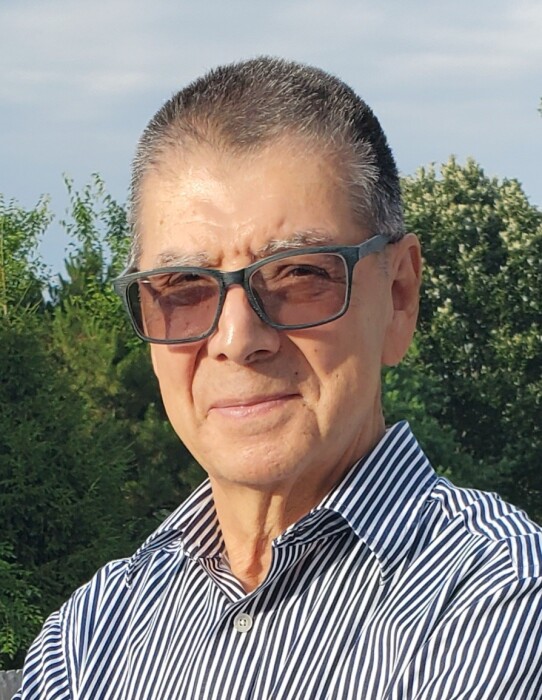 Patricio Salgado passed away peacefully with his two daughters by his side on May 22, 2022.  He was preceded in death by his beloved wife Georgina Salgado, and his parents Gerardo Salgado and Eliana Gongora.  He is survived by his daughters Eliana Casanova and Isabel Salgado; his son-in-law Pedro Casanova; his granddaughters Michelle and Nathaly Casanova.

Pato was his nickname since he was a child, Patchy was his nickname used by his wife Georgina. He was born and raised in Santiago, Chile and moved to Kansas in 1986; he loved living in the United States – he considered it to be “home” and was very appreciative of the life he had.  He married his beloved wife on December 24, 1963. Patricio’s life was fully dedicated to his family. He was not a very social individual but was the life of all parties as he loved dancing to Latin American Music. Even if nobody else was dancing he would start dancing.  He loved listening to Tango on weekends and always danced to it with his wife when the occasion was right.

He loved fixing things around the house: carpentry, painting, gardening, whatever he could find to fix.  He was also a big fan of soccer and his favorite team was Barcelona from Spain. He enjoyed cooking, especially grilling. He loved animals. Dominos was a favorite pastime and later in life he became a fan of the Kansas City Chiefs and Kansas Jayhawks. He loved watching old movies, especially old American Western and Mexican movies. He took pride in the way he looked and was always dressed sharply.

To order memorial trees or send flowers to the family in memory of Patricio Salgado, please visit our flower store.