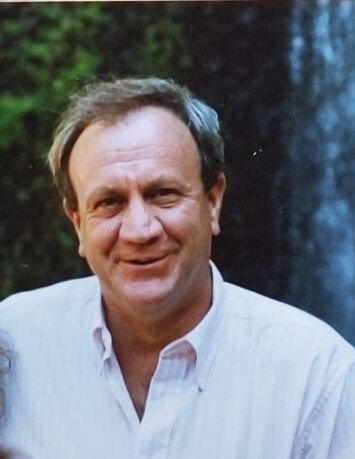 Surrounded by his family, Philip Lee Reasoner Sr., age 79, of Folsom, CA, passed away on August 17, 2021. Born on July 15, 1942 to Ruth P. (Wolfe) Reasoner and Philip E. Reasoner, Phil grew up in Kansas City, MO, and graduated from Southeast High School in 1960. A proud American, he served his country in the U.S. Army from 1963 to 1967 and was stationed in Amberg, Germany. Later he followed in his father’s footsteps, working briefly as a printer, before migrating into sales where he enjoyed a long career in printing ink sales in both Kansas City, MO, and Sacramento, CA.

Phil held many titles throughout his career, but his favorite moniker was Dad. Following the death of his daughter Carrie, he channeled his grief volunteering with Mothers Against Drunk Driving (MADD) for many years.

A proud penny pincher, Phil had a “master’s degree” in bargain hunting and enjoyed giving coupons or gift cards to family and friends who needed… anything. Phil was a talented handyman and poured thousands of hours into perfecting his home and yard, where he enjoyed playing dominoes and watching birds along the greenbelt off the back deck he so lovingly built. He was a history buff, particularly military and political history, and would happily watch documentaries on The History Channel or PBS. Phil knew every classic car question on Jeopardy and could diagnose modern day car troubles over the phone, just by listening to the engine.

Phil is survived by his wife of 34 years, Barbara Reasoner; children Phil Reasoner Jr, Brian Reasoner, Laura LeDoux and their partners; and ten grandchildren. He was preceded in death by his parents and his daughter, Carrie Reasoner.

If you’d like to honor Phil, consider donating blood or making a memorial donation to Mothers Against Drunk Driving. Graveside services for close friends and family will be held at Johnson County Funeral Home & Memorial Gardens in Overland Park, KS, at 1:00pm on Friday, October 15, 2021.

To order memorial trees or send flowers to the family in memory of Philip Reasoner, Sr., please visit our flower store.