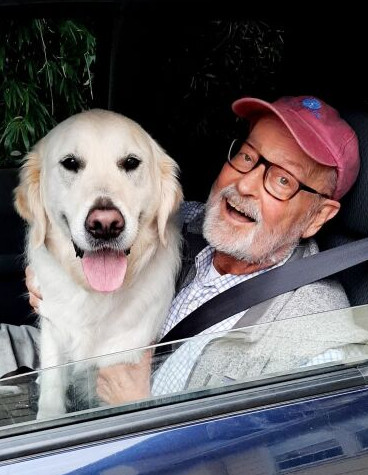 Richard Stitt passed away peacefully on September 5, 2022.  A true fighter, Richard had successfully fought (and won) against Hodgkin’s disease, pulmonary fibrosis and lung transplant, and prostate cancer before finally succumbing to respiratory failure.  He was 70 years old.

Richard was born in Kansas City, KS.  He graduated from Shawnee Mission East High School in 1970, the University of Kansas (Chemistry-History) in 1975, and the University of Missouri-Kansas City School of Law in 1989.  As an attorney Richard practiced intellectual property law and patent litigation with several prominent local law firms, most recently Polsinelli.  He retired in 2017.

Prior to his career in law Richard was a true renaissance man; he was both an organic chemist, doing research at the University of Kansas in the labs of Drs. Givens and Borchardt, and a professional opera singer performing with San Francisco Opera and Western Opera Theatre.  Music was one of the great loves of his life, one of his favorite roles to perform being that of the Prince in Rossini’s opera “La Cenerentola”.

The other great love of his life was dogs.  A lifelong dog-owner and active supporter of local rescue groups, Richard adopted many rescue dogs over the years and during his retirement he took great joy in helping transport rescued pups to their new foster homes.  Shelter dogs would often come to Richard’s house for a much-needed “day out”.

Richard was preceded in death by his father and mother, Ron and Kathryn Stitt, as well as his brother Ron and sister Judy.  He is survived by his husband and partner of 34 years Brian Staihr.  He is also survived by his sister Martha Schwegler and her husband Bob Schwegler, and his sister-in-law Janet Stitt, brother-in-law Rick Staihr, and sisters-in-law Julie Niggebrugge and Sharon Jackson.  He took great joy in his relationships with his many beloved nieces and nephews (and nephews-in-law).

A celebration of Richard’s life will be held on Sunday September 11th at 1pm at Johnson County Funeral Chapel and Memorial Gardens in Overland Park.  In lieu of flowers the family greatly encourages donations to two rescue organizations that were very dear to Richard, The Pet Connection and Mo-Kan Border Collie Rescue .

To order memorial trees or send flowers to the family in memory of Richard Stitt, please visit our flower store.