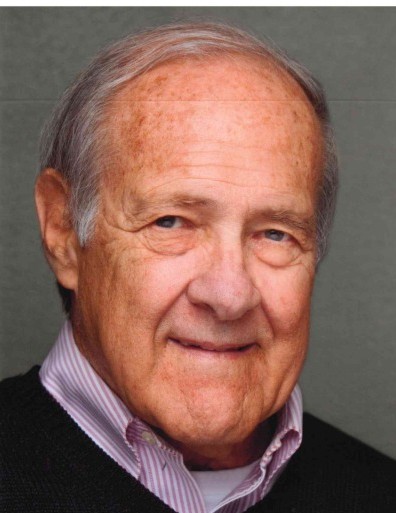 Robert Tarleton Sloan III passed away on February 19, 2022, of complications from living a full and active life.

Bob was born in Kansas City, Missouri, in 1932. His mother, Margot (Pugsley) Sloan spent much of her childhood living in China and Hawaii, where her father served as a Navy doctor. Bob’s great-grandparents were Charlotte and John Campbell, Irish immigrants who met and married in Kansas City. Charlotte and Campbell streets are named after the couple. Bob’s father, Robert T. Sloan II, whose family moved to Kansas City prior to the Civil War, was a probate lawyer and playwright.

Bob’s parents built their home in Mission Hills in the 1930s. He inherited his athletic life from his mother. Bob pole vaulted between the neighbor’s yards and played on an undefeated junior high school basketball team. When he was 10, Bob’s Aunt Mariska (Pugsley) sent him an alligator from Florida. Hermes, his favorite pet, lived in a bathtub in the winter and a window well in the summer, thrilling all his friends.

Bob attended Prairie School, Pembroke Country Day School and graduated from Princeton University. As a student dozing in the Princeton library, visiting scholar Albert Einstein instructed him to get more sleep. In the 1950’s, Bob was stationed at the 8th Army Headquarters in Seoul, South Korea. He returned to Kansas City to begin a career in real estate investment. Bob was a fourth-generation member of the Kansas City Country Club, and a member of the Kansas City Ski and the Bachelor’s Clubs. He enjoyed playing tennis and for many years gathered with a Wednesday morning breakfast club.

Forty-two years ago, Bob met Nina (Ogden) Knode at a singles mixer. They spent the next four decades enjoying time with each other, family and friends, traveling to Ireland to see the Campbell family homestead, and most recently, enjoying theater in New York. Nina and Bob married two years ago in Bob’s childhood home, where they lived. With his kind heart and sassy wit, Bob enjoyed friendships formed throughout his life.

Bob will be buried in a private ceremony at Highland Cemetery in Prairie Village.

In Iieu of flowers, donations can be made in Bob’s name to Pembroke Hill School, where he met many of his close friends.

To order memorial trees or send flowers to the family in memory of Robert Sloan III, please visit our flower store.