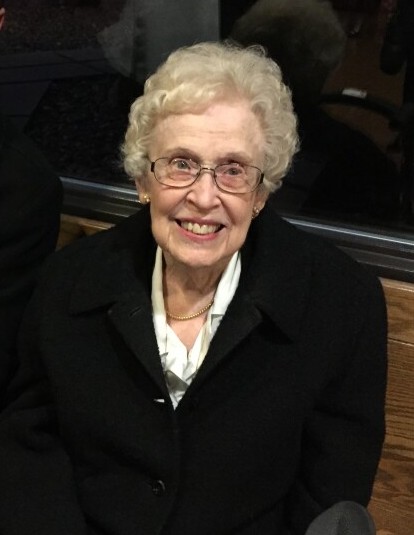 Ruby Pittsford Hein was born January 11, 1920, in Austin, Texas to William and Alma Pittsford. She was big sister to Billy Pittsford, Raymond Pittsford and Frances Pittsford, who preceded her in death, Rose Laverne “Bunny” Hein, who resides in Duluth, Minnesota and her very special sister-in-law, Norine Pittsford of Austin, Texas. Ruby was proud to be a Texas girl. Ruby was baptized and confirmed in the Lutheran faith and remained devoted to the LCMS all her life. She attended St. Paul Lutheran School and later, Austin High School. After high school she worked at Kelly Smith’s Cleaners. She met her husband, Raymond Hein, at a church function in Austin in 1944. They were married April 16, 1947, and moved to Ray’s hometown of St. Peter, Minnesota. There they welcomed three girls to the family, Sharon, Linda, and Diane. During their marriage they also lived in St. Louis Park, Minnesota, and Overland Park, Kansas. When the daughters went to college, Ruby worked at the JCPenney Credit Office. When Ray retired he told Ruby to quit that job or he’d travel without her, so she quit and they enjoyed many travels. Ray passed away in 2008, after 61 years of marriage.

Ruby was preceded in death by her husband, Raymond, her parents, siblings Frances, Billy, and Raymond, and a great-grandson, Matthew.

A private family service will be held on a future date. Memorial contributions can be made to Bethany Lutheran Church and School, Overland Park, Kasnas.

To order memorial trees or send flowers to the family in memory of Ruby Hein, please visit our flower store.